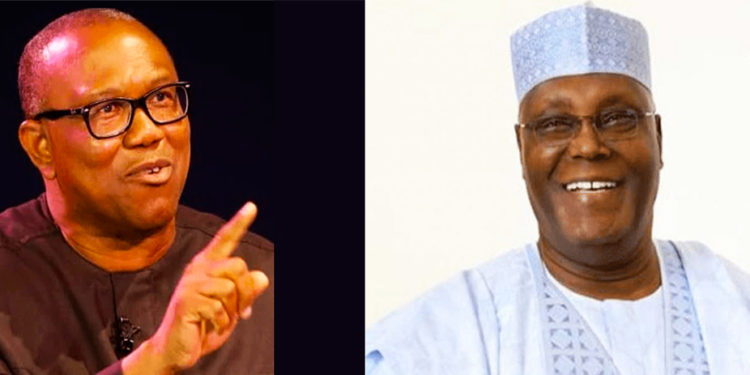 Presidential candidate of the Labour Party (LP) Peter Obi yesterday said his political journey has been a tale of miracles, noting that he looks forward to another miracle in winning the 2023 presidential election.

Obi stated this while fielding questions on Channels Television’s Politics Today, regarding his exit from the Peoples Democratic Party (PDP) and a statement from former Vice President Atiku Abubakar that it will be a miracle for the LP’s candidate to become president.

In his response, Obi said “Miracle is at the root of our faith, what strengthens our faith is miracle.”

He added, “For me, since I started this political journey, my achievements and records have all been miracles, it has all been miraculous.

“I ran for governor in a party that was less than one year old, when I started in 2003 and won the election, they declared somebody else, I went to court and everybody said it was impossible, there is no way, it has never happened before but after three years, the court declared me the winner.
“I was sworn in, six months I was impeached alongside Fayose and Dariye, I went to court and again I became the first governor to come back from impeachment. So I was the first governor to win through the court, and first to come back from impeachment.
“And then in 2007, about one year in office, INEC conducted an election and Andy Uba won and was sworn in as governor, I went to court again to seek the interpretation of our constitution that my tenure is four years, everybody said it will never happen but again the Supreme Court declared me the winner which is why you have staggered election in various states today.
“I can go on an on and tell you so many things that have happened in this my journey which can be termed a miracle, and I am lookin forward to the next miracle next year to complete the miraculous journey of my political life.”
Obi further said if elected he will tackle insecurity ravaging the nation decisively if elected.
He also blamed unemployment as the bane of insecurity, saying he will provide a means of livelihood for Nigerians and support people to be massively engaged.
Obi further said he has no plan to support PDP or Atiku in the 2023 election.
The ex-Anambra governor also confirmed that he did not inform the PDP candidate before leaving the party in May.

According to him: “It is true that I did not tell Atiku Abubakar before resigning from the PDP. I didn’t even tell my family. I did not want anyone to talk me out of it.

“I am not considering supporting Atiku for President. I want to win.”

He added that he will tackle power problems and resolve challenges bedeviling the education sector if elected.

Muslim-Muslim Ticket: The Calculation And The war