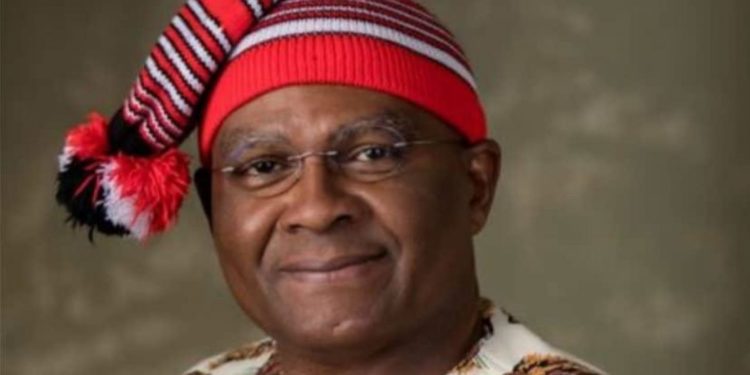 Ahead of the 2023 general elections, former Governor of Enugu state and Senator representing Enugu East in the Senate, Senator Chimaroke Nnamani has for the umpteenth time canvassed for more women inclusion in elective and appointive positions in government.

Nnamani also condemned in strong terms the unabating cases of human trafficking especially against women and the girl child for labour and prostitution .

In a statement issued to commemorate this year’s “ World Day Against Trafficking in Persons” in Abuja at the weekend, he urged governments at all levels to provide stringent measures to curb trafficking in persons against women, children and the girl child forthwith .

The United Nations (UN) General Assembly in 2013 declared July 30 every year to mark trafficking in persons as part of sensitization and global plan of action to combat the menace. This year’s theme focuses on the role of technology as a tool that can both enable and impede human trafficking.
Senator Nnamani lamented : “ Women bear an undue burden of poverty, ignorance, disease and sociological abuse in addition to displacement and denial of political spaces which shut them out from nation building”.
To this end, he advocated that “affirmative action is urgently needed to enable our women to catch up or equalise in order to complement their male counterparts in the onerous task of developing the beleaguered nation”.

In today’s world , Senator Nnamani stated that Women equalization and empowerment is the order of the day stressing that the task at hand demands joint efforts between the male and female citizens and not the exclusive reserve of the former.

He acknowledged the existence of the ministry of women affairs, but suggested the establishment of the office of “equal opportunity” for women to specifically address the imbalances and other issues affecting them and the girl child.

Senator Nnamani went down memory lane and recalled that it was on account of challenges facing women that Lyndon Baines Johnson of the United States of America in August 1964, signed the Equal Opportunity Act as part of the jumbo reforms under the “ Great Society” programme .

He added : “Women rights are human rights. There is need to reserve jobs quota for women and address issues of job discrimination and the likes against women . Women suffer work place discrimination and harassment, stigmatization and poor prosecution for rape and assault”.

The American trained obstetrician and gynecologist also cautioned against early or forced marriages because of the attendant birth injuries and sequelae including Vesico-Vaginal fistula , poor and neglected post delivery/ maternity welfare among others .

He said Nigeria in the 21st century should lead the way in Africa to give women a chance in governments at all levels .