* He remains a patriotic Nigerian - Tinubu 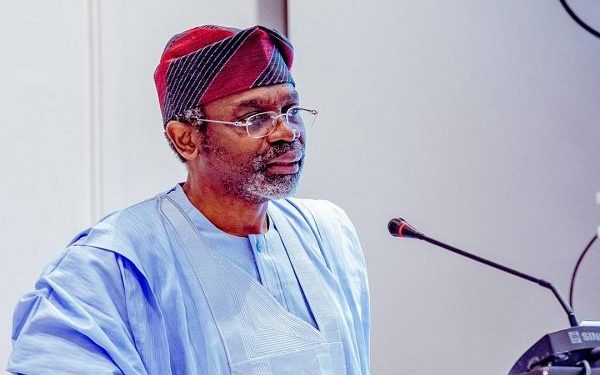 President Muhammadu Buhari has urged the Speaker of the House of Representatives, Rep. Femi Gbajabiamila, to remain patriotic to Nigeria like he has always shown.

While urging him to continue to serve the country in every way possible, President Buhari noted that Gbajabiamila as Speaker of the House of Representatives has positively changed the public perception of the relationship between the legislature and the executive.

Buhari spoke at a special prayer session organised in honour of the Speaker on the occasion of his 60th birthday anniversary at the Ansar-Ud-Deen Central Mosque, Wuse 2, Abuja, on Saturday.

Represented by his Chief of Staff, Prof Ibrahim Gambari, who said the president had directed him to wish the Speaker a happy 60th birthday, also noted that President Buhari has always stood for free and fair process, which was why he was happy when Tinubu emerged as the presidential flag-bearer of APC in such a process.

“The message from Mr. President is to congratulate you on your 60th birthday. He also wants to urge you to continue to serve the country well,” he said.

Gambari said the House of Representatives under Gbajabiamila has ensured a good working relationship with the Executive arm against the notion in some quarters that the National Assembly should “be antagonistic to the Executive.”

He also said President Buhari wanted to assure Nigerians that he did not have any intention to subvert the constitution to extend his tenure in office.

President Buhari also wanted to reiterate his belief in the aspiration for a peaceful and a united Nigeria, Prof Gambari said.

On his part, the presidential candidate of the All Progressives Congress (APC), Asiwaju Bola Ahmed Tinubu, also described the Speaker of the House of Representatives, Rep. Femi Gbajabiamila, as a patriotic Nigerian, who uses his position to enhance good governance.

Tinubu, who is also the National Leader of APC, said God has made it possible for Gbajabiamila to impact positively on the lives of Nigerians through the Legislature.

The APC presidential candidate prayed for God to continue to bless and grant the Speaker long life and wisdom to serve Nigeria better.

“May God continue to give you good health. May He also answer your prayers. Only God will put us on the right path and continue to guide us through life to overcome the problem of leadership.

“May God give you good health to work for Nigeria. It is a complex country that you have to navigate through. May Allah in His infinite mercy give us the stability, the peace to govern; the love that we share for one another, the patriotism that will make us proud of our country,” he said.

The Chief Imam of the Ansar-Ud-Deen Mosque, Dr. Musa Olaofe, who led the prayers for Gbajabiamila, prayed Allah to protect and guide the Speaker.

In a short lecture on leadership, good governance and tolerance, Dr. Olaofe said Nigeria is difficult to govern due to its nature.

However, he said, with good leadership, there will be good governance, urging Nigerians to be tolerant with one another for meaningful progress.

He noted that Gbajabiamila is a unifier as he brought people from different parts of the country together to work with him.

Imam Olaofe stressed that the Qur’an admonishes Muslims to be good and lenient to all human beings, saying the Speaker represents both.

In his votes of thanks, Gbajabiamila expressed gratitude to the president for his kind words and for delegating his Chief of Staff to attend the prayer session.

The Speaker also said that he owed his political journey to God through Tinubu, whom he said the Almighty Allah used to uplift him and many others politically and otherwise.

Gbajabiamila equally thanked his mother, Hajiya Lateefat Olufunke Gbajabiamila, who raised him in a good manner as well as his wife, Salamatu, who organized the prayer session.

“Let me first of all start by appreciating the president though the COS. Let me also appreciate my benefactor. Many believe that wherever you find yourself, all power belongs to Allah.

“But Allah doesn’t come down to give you power. He guides and directs you. In doing so, He directed me to Asiwaju. He did it to me, and not just me, he did it to others too. May the Almighty Allah continue to give you that very uncommon capacity.”

He expressed appreciation to his colleagues in the House who have been supporting and cooperating with him to discharge his responsibilities as first among equals.

Many dignitaries, including the Governor of Osun State, Gboyega Oyetola, the Special Adviser to President, Alh. Yau Darazo, many members of the House, Senator Gbenga Ashafa, Dele Belgore (SAN), among others attended the prayer session.

APC Spokesman Woos Kwankwaso Back, Says His Political Future Not In NNPP