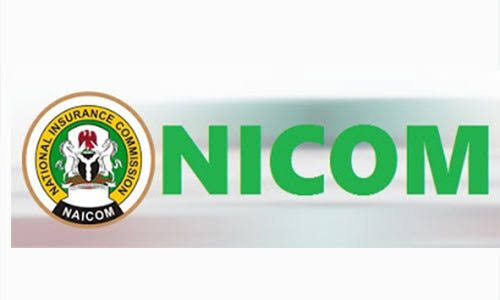 To this end, the current MDs and EDs who have overstayed the 10-year period have 12 months transition period from now to bow out of their managerial position in the companies they represent.

NAICOM had, in a circular number: NAICOM/DPR/CIR/45/2022, sighted by LEADERSHIP yesterday and sent by NAICOM to all insurers and reinsurers on Tuesday, 22nd of November,2022, said, this development would become effective from 1st of January, 2023.

By this development, the affected managers are expected to have exited their companies by 31st of December 2023 by handing over to their successors.

Preliminary investigation by LEADERSHIP shows that, indeed, seven CEOs have spent above 10 years managing their insurers, but they could be more, if deeper analysis is done on all CEOs in the insurance industry. Expectedly, over 15 executive directors will equally face the axe.

Dr. Fatai Kayode Lawal is presently the managing director/CEO of Sterling Assurance Nigeria Limited, a position he held from 2007 to date, translating to 15years at the helms of affair of the insurer, therefore, would be asked to leave by this directive.

Similarly, the group managing director/CEO of Consolidated Hallmark Insurance(CHI) Plc, Mr. Eddie Efekoha has spent over 10 years managing the company, hence, would be affected by this development.

Meanwhile, Mrs. Cecilia Osipitan became the managing director/CEO of Great Nigeria Insurance(GNI) in 2009, thus, spent 13 years at the helms of the firm and would be affected by this new regulatory move.

Mr. Tunde Hassan-Odukale became the managing director/CEO of Leadway Assurance Company Limited in 2020 after the retirement of his brother, Oye Hassan-Odukale as the MD/CEO of the firm. However, he has been the executive director of the firm for over 25 years prior to his elevation to the position of the managing director, hence, would be affected by this development.

In 2007, Mr. Femi Asenuga, who became the managing director/CEO of Mutual Benefits Assurance Plc in December 2019, was seconded to Mutual Benefits Life Assurance Ltd. as pioneer MD/CEO, hence, may have spent 15 years at the Executive directorship position of the insurance firm cumulatively.

NAICOM, who said, it is exercising its powers under the National Insurance Commission(NAICOM) Act 1997 and in line with the Nigerian code of Corporate Governance 2018, said, the maximum tenure for executive directors of insurance and reinsurance companies operating in Nigeria, is needed to sanitise the industry and ensure the sector continues to operate with international best practices.

According to NAICOM, “CEOs and other EDs shall serve a maximum tenure of 10 years, comprising of terms of 5 years each, subject to single approval of the commission;  the tenure for an ED who becomes a CEO in the same company shall serve a cumulative tenure not exceeding 15 years and where an ED changes portfolio by moving to another position of ED equivalent within the same company, the period spent in previous position will count for the purpose of determining maximum tenures.”

The circular, signed by the director, Policy and Regulation,  L.M Abah, for commissioner of insurance, Mr Sunday Thomas, added that, where an insurance company is a product of merger, acquisition, takeover or any other combination, the 10-year period shall include the pre and post combination service years as CEO or as ED.

“There shall be transitional period of 12 months from the effective date of this circular in respect of existing appointments; all CEOs and EDs who have served for 10 years shall cease to continue in such capacity, after the transition period of 12 months; henceforth, all insurers/reinsurers shall give consideration to the provisions of the circular in their future engagement of CEOs and EDs and the circular takes effect from 1st of January, 2023,” the regulator pointed out.