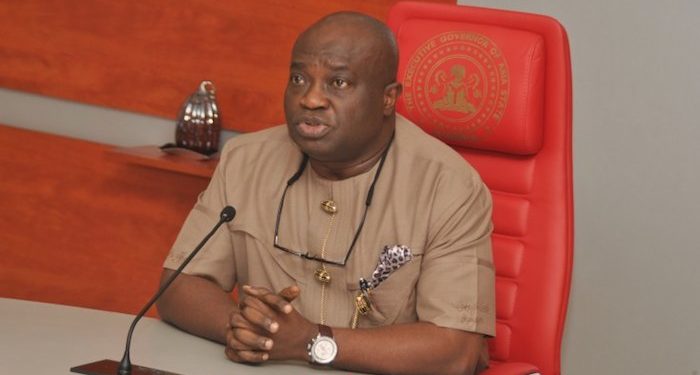 Traders of markets in Aba, the commercial nerve centre of Abia State have endorsed Governor Okezie Ikpeazu as their sole candidate for the Abia South senatorial district seat in the 2023 general election.

The traders, who are from all the markets in Aba North and South, Obingwa, Ugwunagbo, Ukwa East and West represented by their various executives made their position known during a solidarity visit to Ikpeazu at the Aba Governor’s Lodge.

Daniel said the campaign of the governor on “Made in Aba Shoes” had rubbed off on them and their businesses positively.

He said, “Governor Ikpeazu came to power and made the promotion of local content, especially made in Aba wears; shoes and clothes a priority for his administration. The governor told the world that what he will be wearing throughout his stay in office as the governor of the state will be made in Aba wears and I can tell you that he has not reneged on that.

“We have attended so many exhibitions and shows within and outside Nigeria courtesy of the efforts of Governor Okezie Ikpeazu. There are shops in Europe, Asia and other countries of the world where only Aba made products are sold.

“You are aware that through the governor, Nigerian Army, Customs, Navy and other paramilitary organisations have turned to shoe makers in Aba for the supply of their footwears.

“Go to places like Kent and other parts of the city, you will see that clothing business is booming. This has made us confident and proud in what we do. I can tell you that there is no idle shoe maker or tailor in Aba. Any tailor or shoe maker that is idle, is either lazy or doesn’t want to work.

“The governor took some of us to China and the outcome of such exposure is unprecedented.”

For Deaconess Anugom, the peace and security brought to the state by the Okezie Ikpeazu led government has ensured safety of the traders and their customers who now come to the state to do their business without any fear of intimidation.

Responding, Ikpeazu who described their visit as unique and special recalled his relationship with the traders even while he was the director general of the Abia State Environmental Protection Agency (ASEPA).

The governor said his decision to live at the Aba Governor’s Lodge, instead of the Government House in Umuahia since 2015 that he emerged as the governor of the state was for him to be able to oversee the progress of work in Aba.

Ikpeazu who used the opportunity of the solidarity visit to assure his supporters of his resolve not to leave the PDP, promised to deliver as a senator, having delivered as a governor.