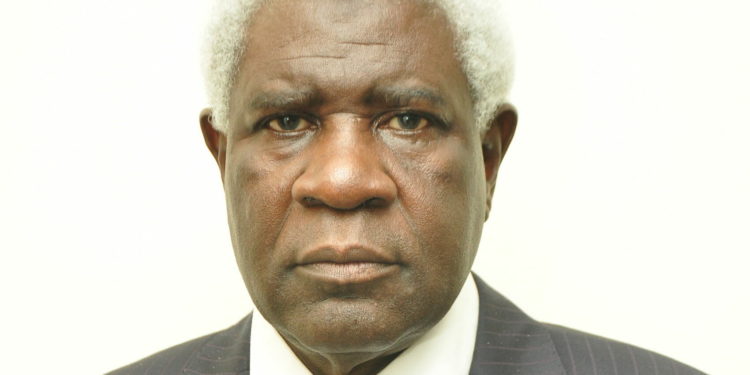 Sometimes his grave visage as Justice of the Supreme Court veils his unassuming nature that is inseparable from his personality.  Justice Abdu Aboki, who retired from the Supreme Court on August 5, 2022, after turning 70, is an epitome of humility anchored on untainted service for humanity. Unlike some members of the Bench, Aboki, who is father to three lawyers, out of them, two are magistrates, with the youngest getting set for the Nigerian Law School, his footsteps in the Temple of Justice will for long be remembered.

Elegantly tall despite being a septuagenarian, the Kano-born Justice whose valedictory session drew the presence of prominent Nigerians from all walks of life remains a quintessential legal luminary whose love for the justice system is undoubted. The premises of the Apex Court last Thursday became crowded as many trooped to the valedictory session held in honour of the retired Justice Aboki.

“Justice Aboki is a simple man and he loves people. He is humble and keeps to time. He arrives at the office by 7:30 and works until closing hours. He is such a good man that I will miss him greatly,” says a young man who is involved in cleaning the premises of the Apex Court.

It is not only ordinary Nigerians who will miss Aboki; his colleagues at the Supreme Court will continue to wish he stays a little longer. Justice Mohammed Lawal Garba, JSC, recalls the profile of Aboki as a judge who was so dutiful, adding, “Give him an assignment; you can go to sleep, sound sleep, because it would be done the way it should be done. To the best of my knowledge, Justice Aboki is an upright person and I have not had any cause to doubt his integrity as a judge”.

Another Justice of the Apex Court, Justice Uwani Abba Aji, recalls one of Aboki’s admirable attributes: “There is one thing you cannot take away from him; he is a jovial person to whoever you are or whatever you are. His retirement will definitely create a vacuum for us…, but we shall always remember him for his actions and relationship with colleagues and people generally”.

Aboki’s Research Assistant, Barr Wendy Nkemadu, thus profiles her boss: “He is very bold, forthright and assertive in the attainment of justice. His Lordship’s judgments are uniformly scholarly, meticulously researched and carefully reasoned. His decisions always demonstrate that His Lordship protects the Constitutional Rights of any person or group. He accords to all, equal justice, and abhors cheating or oppression of any kind”.

Mrs. Christy Haruna, another legal professional whose path crossed with the retired Justice, refers to him as a lover of humanity “who    is transparent in all his dealings. His records in all the judicial positions he held remain unsurpassed and my closeness to him has made me a member of his family. With Justice Aboki, there is no fear of discrimination.”

While the Kogi State Attorney General and Commissioner of Justice, Hon Ibrahim Sani Mohammed, describes Aboki as someone whose quest for equity and fairness for humanity is without boundary, the erudite legal professional, Mr. Ahmed Raji, SAN, says Aboki upheld the locus standi of Fawehinmi to sue government over payment in dollars to ministers and their aides.   Aboki’s verdict of granting locus standi to the late lawyer remains unprecedented and now a reference point in Nigeria’s jurisprudence.

Wife of Justice Aboki, who is a High Court Judge, Deji Aboki, described her spouse of over 40 years as a caring husband and wonderful father. The matriarch of the Abokis hopes that his retirement from the Apex Court would possibly provide him more time for increased devotion to God and members of the family.

Justice Aboki’s first son, Mohammed, an accountant, expressed pride in his father’s  footprints in the various positions he held throughout his career on the Bench: “You made an impact in our lives as family and lives of millions of Nigeria at large through your selfless services to our dear country. We are proud. Honoured and grateful to bear your name…”

First daughter of the family, Hadiza, remembers how her father flogged her for mistreating one of the maids. Recalling the punishment, she says: “That incident taught me to respect them and people generally. Of course, my dad was the kind of person that preaches tolerance. I don’t know of anyone working around my dad that he sent away with ignominy from the house”.

Born 5th August 1952, in Kano, the young Abdu was enrolled at the Native Authority (NA) Primary School, Kabawa between 1960 and 1964. He would later complete his primary education at the Shahuchi Primary School, Kano, between 1965 and 1966. Thereafter, he proceeded to the Government Secondary School Hadejia for the West African School Certificate (WASC). After the completion of his secondary education in 1971, he was at the Abdullahi Bayero College, Kano between 1972 and 1973. He later attended the Ahmadu Bello University, Zaria, where he obtained his Bachelor of Laws Degree (LL.B) in 1976, and thereafter called to the Bar in 1977.

After his appointment as Legal Officer in the Kano State Civil Service (1976-1977), he served as a State Counsel in the Kano State Ministry of Justice, Kano State (1978). On account of hard work, he rose to become the Solicitor General/Permanent Secretary, Ministry of Justice, Kano State (1983-1984). Between 1985 and 1987, Aboki got appointed as the Kano State Director of Public Prosecutions (DPP); Chief Registrar and High Court of Judge, Kano State. After his appointment in 1987 as a Judge of the High Court, he was elevated to the Bench of the Court of Appeal of Nigeria in 2006 where he served honourably for 14 years as the Presiding Justice of Jos and Abuja Divisions. He got to the Apex Court in 2020.

The retired Justice’s academic laurels were not devoid of certifications from some globally renowned institutions like the University of Washington Law School, Seattle USA, where he obtained Certificate in Legislative Drafting in 1982, including his appointment as a Fellow of the Commonwealth Judicial Education Institute (fcjei), from the Commonwealth Judicial Education Institute, Delhause University, Halifax, Novo Scotia, Canada in 2006.

Retiring at 70 after serving on the Bench for over half of his life reveals Aboki’s commitment and dedication to the cause of Justice. His quest to serve humanity through quick dispensation of justice is hinged on his worship to Almighty God. It is this quest for increased devotion to the service of the Almighty God that is driving him to return to school and study Arabic and Religious Studies.

In serving the Almighty Allah, who is the ultimate Judge, Justice Aboki has found the path of righteousness rooted in the equal treatment of people across religious and ethnic divides. As this lover of Justice retires, it is certain that his expertise will for long continue to be in high demand.

Happy belated birthday wishes, my Lordship. May abundant good health be your portion and may the love you have for mankind continue to radiate in you in the decades to come.