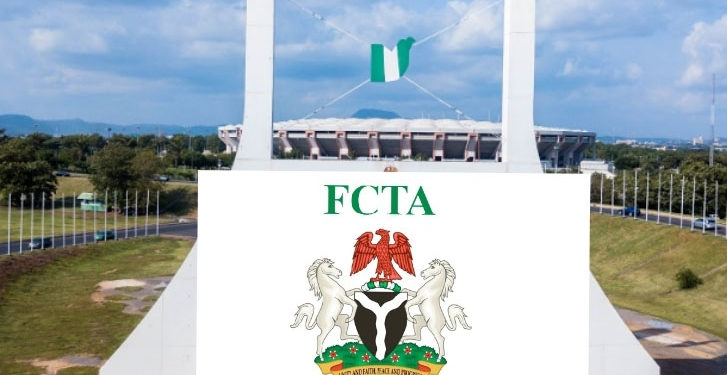 The Federal Capital Territory Administration (FCTA) has assured residents of the nation’s capital city that Abuja remains the safest and most peaceful city in the country.

In a statement jointly signed by the Senior Special Assistant on Media to the FCT Minister,  Abubakar Sani, and Senior Special Assistant to the FCT Minister on Security Matters, Ambassador Abu Salihu Mohammed, the FCTA gave the assurance while reacting to recent reports on social media about the security situation in the Federal Capital Territory (FCT).

It said the high level of security of lives and property explains why there is a large influx of people into the Territory from all parts of the nation, despite attempts by peddlers of fake news to paint the Territory as unsafe.

“Although the FCT is not immune to crimes (banditry, terrorism, armed robbery, and other petty thefts) as a result of its location, contiguous to States with high terrorist/banditry activities, the situation is exacerbated by the spread of fake news.

“The print and electronic media, as well as social media platforms, have been washed with panic/false alarms, thus further aggravating the prevailing tension amongst a significant proportion of residents of the territory.

“Just recently, the Hon. Minister of FCT Malam Muhammad Musa Bello approved the sum of N102, 382, 500 for the commencement of the second phase of the G-7 operation. The operation, which will last for thirty days and spread over two months will cost over N207,000,000.

“The second phase of the Operation will see the commencement of security actions and procedures by members of the G7 which will involve taking the fight to the bandits and terrorists in their dens. Already, some of the neighbouring countries have given their nods to the operation,” they said.

The statement further said that efforts being made by the FCT Administration to curb insecurity in Abuja are numerous among which are the conduct of regular joint operations among the actionable Security Agencies and the military members of the FCT Security Committee.

It added that there have been tremendous successes in the joint operations as synergy among the agencies is better than before.

“Ongoing Clearance Operations of suspected Bandit locations in the hilly, mountainous, and forest locations on the Fringes of the FCT. There have also been upscale military checkpoints at strategic locations and regular/sustained joint patrols.

“Setting up of the G-7 initiative where members of the group jointly and simultaneously conduct operations along the perimeters of the FCT with the contiguous States (Nasarawa, Kaduna, Niger, and Kogi). The G-7 involves security collaborations and partnerships with States that are contiguous to the FCT. The logistics for the operation are taken care of by the FCT Administration. This action has led to the reduction in the influx of bandits/terrorists into the FCT.

“Mass Elimination of Shanties and constant Raiding/Clearing of Hideouts that harbour criminals and hoodlums in the Territory. Most of the shanties are safe havens for miscreants, armed robbers, kidnappers, and drug dealers. There are also security threats and environmental hazards as open defection together with other breaches of sanitation laws,” they added.

The statement, therefore, said with the current security situation, the continuous presence of shanties in the FCT was no longer going to be tolerated at all, that same applied to abandoned buildings and bushy undeveloped plots, particularly in built-up areas.

“A Ministerial Taskforce charged with that responsibility conducts its activities almost on daily basis. This has brought sanity to many parts of the Territory. Curtailing Menace of Okada Riders in the City. The Ban of Okada in the Municipality introduced in 2006 is still in force. Enforcement of the ban is still on and thousands of motorcycles seized are crushed quarterly.

“You are aware that most of the riders are a nuisance, causing accidents here and there, and it is the popular means of transportation for bandits and armed robbers. Miscreants also use it to snatch bags and other valuables from commuters.

“Removal of vogue scavengers otherwise known as ‘Baban Bola’ from the Streets of the FCT. Due to public outcry on the activities of scavengers on the rising menace of vandalism and theft of private and public property, including critical national infrastructure, Baba Bola has been outlawed in the FCT.

“It was as a result of these efforts that the Honourable Minister of FCT directed all relevant SDAs to work jointly and close down identified scrap markets (Panteka) where the transmission lines and other stolen infrastructure were sold. Also, consideration is being given to stemming the demand side of the scavenging activities by targeting the end users. It is strongly believed that if the end users are identified and punished, it will curtail the rampant cases of vandalizing critical national assets,” they stated.