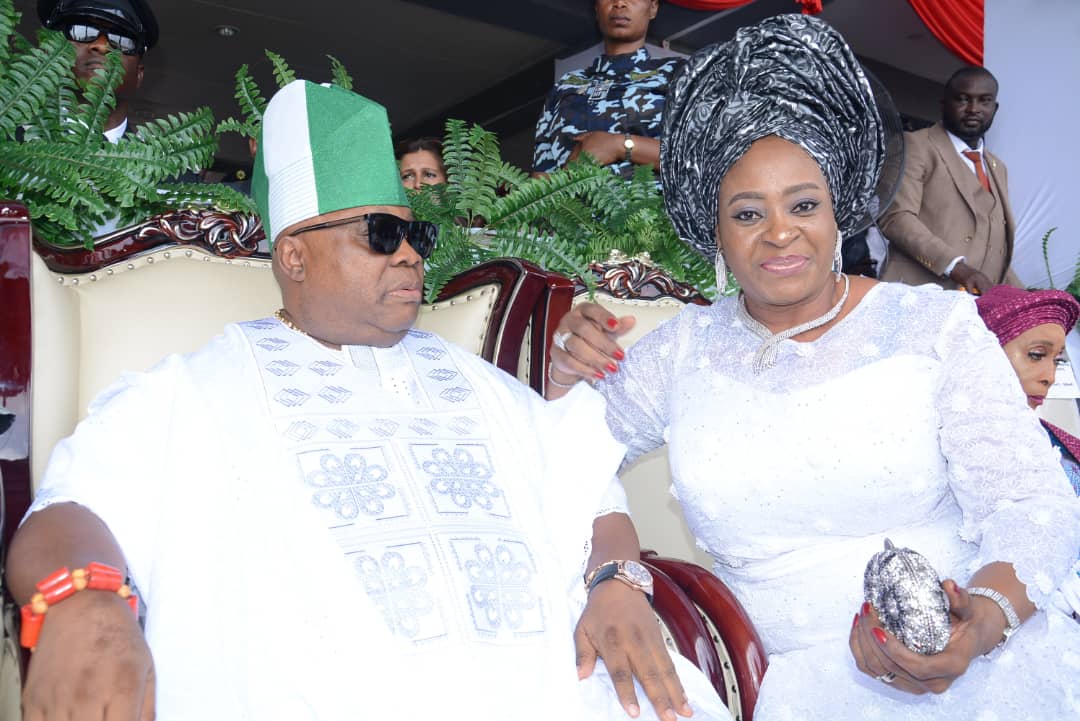 Wife of the new Governor of Osun State, Her Excellency, Erelu Ngozi Adeleke, has commended the women of the State for coming out en-mass to grace the inauguration of her husband, His Excellency Ademola Nurudeen Adeleke,

as the Executive Governor of the State.

Adekele, a former Senator, was inuagurated as the 6th Executive Governor of Osun State Sunday morning in Osogbo, in a well attended event made up of dignitaries of Peoples Democratic Party (PDP) stakeholders, supporters and guests from all walks of life, with great support from the women.

Erelu Adekele, in a statement signed by her media aide, Ms. Nwaru Caroline Oluchi, on Sunday, described the large turnout of women during the event, as a mark of love and honour for her husband.

She also said, Osun women contributed greatly to her husband’s electoral success, “during the campaigns, the election and after the election, which led to the total defeat of APC and other parties’ candidates”.

She described women as “the pillar of the society”, promising that, the new administration would initiate policies that will benefit women across the state.

Erelu Adekele assured the women of the state that her husband would be just and serve with fear of God in carrying out his responsibility.

Highlights of the inuaguration ceremony on Sunday, was the reversal of the name of the State, from the ‘State of Osun’, to ‘Osun State’; reversal of its appellation, from ‘The State of the Virtues’, to ‘The State of the Living Spring’; immediate freezing of all government accounts; establishment of panel to recover all assets; and establishment of panel to review all appointments since July 17th.

The new Governor also reversed all appointments made by the immediate past Governor, Adegboyega Oyetola, effective from July 7th, 2022.

While pledging total support to her husband as he settles down to administer Osun State, Erelu Adekele also pledged her commitments to ensure the administration delivers on its promises on education, youth and women empowerment, improvement of Osun State Health Sector, amongst others.