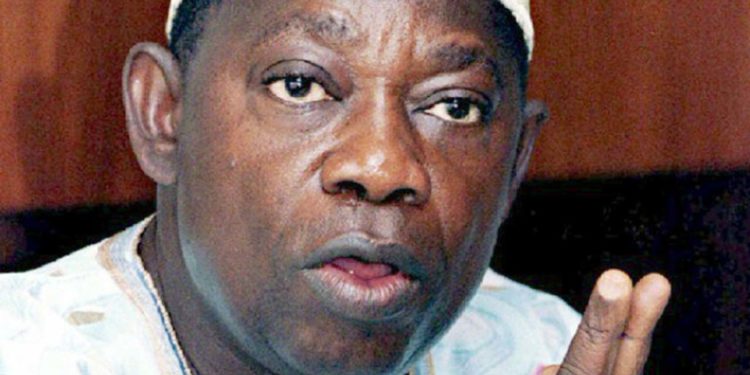 Family of the winner of June 12, 1993 Presidential election, late Chief Moshood Kashimawo Okawale Abiola yesterday, urged political office seekers for the 2023 general elections to adopt the manifestos of the Hope ’93 Movement in their quest to rebuild the country.

This is just as the Ogun State government granted amnesty to 46 inmates of the Nigeria Correctional Centers across the state to commemorate the year 2022 edition of June 12 Democracy Day celebration in the state.

At the Islamic prayer session organized to commemorate the 29th year anniversary of the annulment of June 12 Presidential election won by late M.K.O Abiola, which was held at the family house in Oja Agbo in the Abeokuta North local government area, head of the Abiola’s family, Alhaji Murtala Olanrewaju Abiola, who spoke at the event said the surest way through which the spirit of their late matriarch could rest in grave is to see Nigerian government implementing the Hope ’93 Movement’s manifestos which rest on poverty eradication; youths employments as well as care for the aged people among others.

Alhaji Abiola also appealed to the Federal Government to institute a Bill to the National Assembly (NASS) that will give legal backing to payment of all entitlements due to late Abiola even four years after he was officially acknowledged as the winner of the election and also posthumously decorated with the title of the Grand Commander of the Federal Republic (GCFR) by the President Muhammadu Buhari led administration.

Meanwhile, the state governor, Prince Dapo Abiodun announced amnesty for 40 convicts from across the Correctional facilities in the state, while six others who were earlier condemned to death by the courts, had their sentences commuted to life imprisonment as part of the ways of celebrating the year 2022 Democracy Day.

Abiodun announced the release and pardon of the convicts while delivering his speech at the M.K.O. Abiola International Stadium, Kuto, Abeokuta where the state government celebrated the year 2022 Democracy Day, stressing that he did so after due consultation with the appropriate sections of the Constitution, as well as the State’s Laws on Prerogative of Mercy.