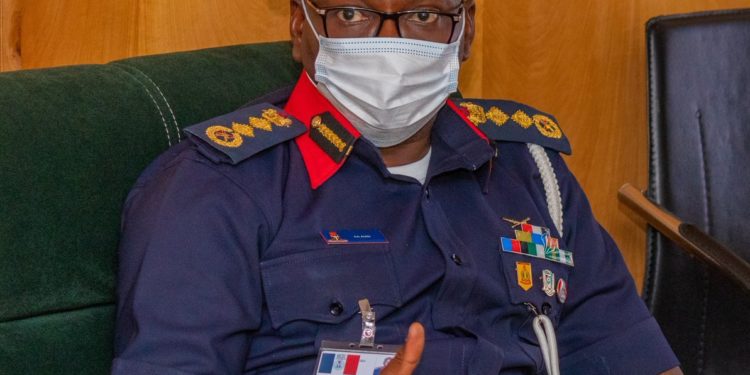 Commandant-General of the Nigerian Security and Civil Defence Corps (NSCDC),  Ahmed Abubakar-Audi,  has advised officers of the corps to adopt non-kinetic methods of security management to improve service delivery.

Audi gave the advice yesterday at a capacity building workshop on security management organised by the Imo Command of the NSCDC in Owerri, Imo State.

The CG, represented by the corps’ Zone E commandant in charge of operations,  Udoh Ukoh, said it was necessary for security operatives to adapt to changing forms of crime for effective service delivery.

Speaking on the theme: “Security Management / Intelligence and Community Policing in a Diverse Society”, the CG harped on the need to embrace dialogue in addition to more conventional methods of security management.

He thanked the command for organising the workshop and urged the officers  to pay full attention to lectures so as to derive maximum benefits.

“We know that problems will always surface, but our ability to surmount them is what makes us better security operatives. I thank the Imo Command for organising  this workshop and promise you that we’ll present a paper to the headquarters to ascertain whether we can replicate the workshop in other commands,” he said.

Acting commandant of the corps in Imo,  Chukwuemeka Odimba, highlighted that the workshop was aimed at improving the capacity of officers to enable them meet up with changing security challenges.

According to him, efforts were in top gear to close ranks with critical stakeholders in the security industry to bring cases of insecurity to a barest minimum.

He commended the management of the corps for the moral and logistics support  received since assuming office on April 26, which he said, has led to the addition of six operational vehicles, and promised to justify the confidence reposed on him.