Advocacy Is My Passion, Music Is My Tool – Stephanie 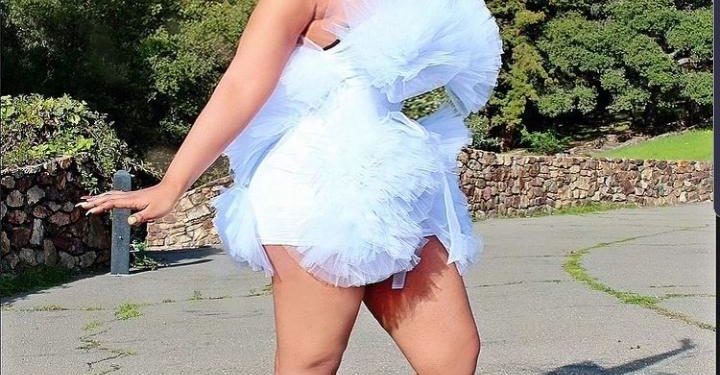 Ejay Stephanie, a Delta State-born legal practitioner and music artiste, whose real name is Ejovwokeoghene Avbenagha, has said her decision to begin making music was to tell her stories of struggles and success to spark a depth of inspiration that would rejuvenate everyone who listens to her music.

Stephanie, a rising star in the entertainment and music industry, said advocacy is her passion, while music is her tool, and has done some collaborations with high-standard music artistes in the Nigerian music industry including 30 B.G’s top star and global artiste, Davido.

In an interview with the legal practitioner turned Afrofusion artiste, she explained her transition including her objectives with both law and music, and that her decision to study law at the University did not come down to a specific element.

“However, the driving decision at the time was to contribute to society while making my folks proud. It was not until my second year in college that I then had the level of exposure that made me define my objectives as a legal practitioner to then advocate social causes including the inclusion of women to more aspiring areas of society,” she said.

The rising music star, while speaking on her parental upbringing concerning her musical career, said that her parents did not enforce anything on anyone and that they allowed them to make their own choices.

“My father was particular about being intentional with our choices, although he passed while I was still at the Delta State University. My mother has simply been a pillar! Supporting myself and my siblings all through those years. So really there was no pressure about what we could do when it came to career choices.

“I have been involved with music during my childhood. Basically in the choir (at church and school). I have always loved music. My family is a big lover of music and course at the time hip hop was a thing among young people as well. But I did not intend all those years that I wanted to make music professionally,” she said.

Stephanie further said she became intentional about making music professionally after college, but that she started with minor roles in acting, which is entertainment typically.

She further said that her practice as a legal practitioner has been fun, that she has featured on some projects in different places, but that the music, in particular, was just personal.

“A few meetings and choice events led to me deciding to make music professionally. My debut track titled STRONG is scheduled for the 27th of July 2022. And its major theme is praising the strength women possess and inspiring younger women concerning the capabilities they possess.

“I am still in love with my legal practice as much as I am in love with music. Advocacy is my passion, music is my tool. I hope to be able to conjoin both disciplines effectively and I believe I can,” she added.

She said that music lovers can expect more from her music, noting “perhaps this is early to note but I have got my extended playlist project scheduled for this year as well. STRONG is my introduction to the music industry, my EP will, well let’s just say my grand reveal.”

Stephanie further said that on the days she is not practicing law or making music, she runs several businesses outside her legal practice and music.

“I picked up trading crypto assets over the years. So typically I am in one of these spaces. And if I am not working, best believe I am having fun with friends and family then,” she stated.