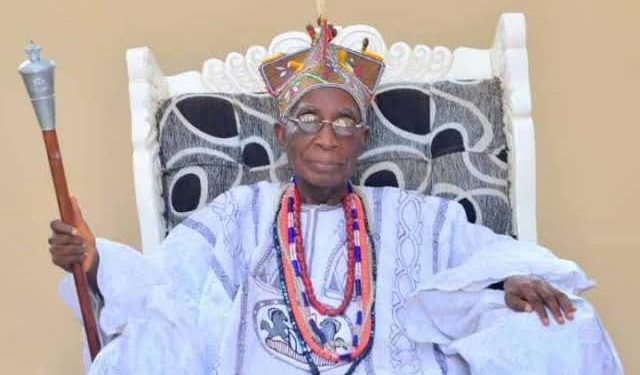 A social club, Club 66, has urged the Ondo State governor, Oluwarotimi Akeredolu, to immediately apologise to the Owa of Odanre Kingdom, Oba Fredrick Adegunle Aroloye, for allegedly denigrating the traditional ruler following a peaceful protest by Idanre community against the alledged plan to take over the forest reserve in the area by some companies.

The club, in a statement by its President, Dr. Anthony Omolola, urged the governor to apologise for the alleged invective words reported to have been used on the revered traditional ruler.

According to him, the reports of the governor’s insults and threat against the 96-year-old monarch during a phone conversation over the issue of Idanre forest reserve forcefully harnessed and allegedly sold to some companies and people by the state government, were an affront to all peace-loving people of the community.

Dr. Omolola said the governor, as a Yoruba son, ought to have been modest and diplomatic while talking to elders and traditional rulers who are the custodian of the people’s culture, heritage and values.

“An insult on the Kabiyesi, the Owa of Idanre Kingdom is an insult on Idanre people and we will in all its entirety reject such.

“We believe that the ancestral land/forest of the people cannot be shared or allocated to groups or companies without the proper discussion and agreement with Kabiyesi, Community leaders and the people who are the custodian of the land/forest, considering the socio-cultural, moral and economic implications.

“We demand from His Excellency, Arakunrin Oluwarotimi Akeredolu, unreserved apology to our Kabiyesi,” he stated.

Advocacy Is My Passion, Music Is My Tool – Stephanie

Advocacy Is My Passion, Music Is My Tool - Stephanie