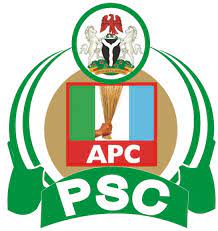 Former minister of Niger Delta Affairs, Senator Godswill Akpabio, is a celebrated leader in his community and his victory at the just concluded senatorial primary for Akwa Ibom North West showed that he is loved by his people, the Presidential Support Committee (PSC) has said.

To this end, the national chairman of the PSC, Rt Hon Gideon Sammani, on behalf of the National Working Committee of the support group has congratulated the Akpabio for clinching the ticket of his constituency, Akwa Ibom North West under the platform of the All Progressives Congress (APC) for the 2023 general elections.
Akpabio had earlier planned to contest the presidential ticket of the APC but later stepped down for Asiwaju Bola Ahmed Tinubu.

Senator Akpabio who is now the senatorial candidate for the Akwa Ibom North West after contesting for the ticket in a rerun following the cancellation of the primary election held earlier on May 28, 2022 which was nullified as a result of petitions bordering on security infractions.

In a statement issued by the director of media and publicity of the PSC, Dr Kailani Muhammad, the group congratulated Senator Akpabio and prayed for his emergence as winner in the election in 2023.
PSC described the development as Akpabio’s acceptability by the people of his constituency.
Senator Akpabio had secured a total of 478 votes out of the 512 accredited delegates, while his opponents, DIG Ekpo Udom (Rtd) and Sir Joseph Akpan scored 3 and 1 votes, respectively.