by Iniobong Ekponta
in Politics
0 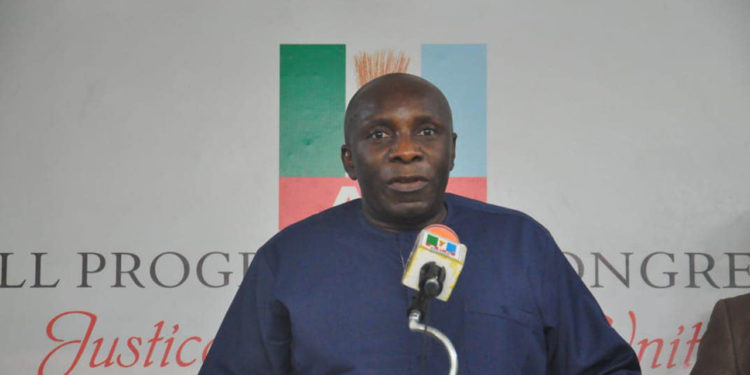 Akwa Ibom State chapter of the New Nigeria Peoples Party (NNPP) has alleged that plots were in the offing by some aspirants, who failed to clinch tickets through the party primaries of trying to weigh-in on the Independent National Electoral Commission (INEC) to reopen the process.

The party specifically pointed at the cases involving former governor of the state Godswill Akpabio, who is currently in contention for the Ikot Ekpene (Akwa Ibom North-West) All Progressives Congress (APC) senatorial ticket with former deputy Inspector-general of police, Udom Ekpoudom as well as the governorship candidate, Obong Akan Udofia, who is yet to be cleared by INEC to contest the election in 2023.

Addressing a press conference in Uyo, the state capital yesterday, the governorship candidate of NNPP, Senator John Akpanudoedehe, said “such dubious attempt by APC to use the court and stampede INEC for fresh nominations to favour their preferred candidates was an invitation to anarchy ahead of the general elections”.

The immediate past national Secretary of the APC, who is the NNPP Governorship flag-bearer, made the assertion, while addressing journalists at the correspondents’ chapel of NUJ forum, Tuesday.

The former minister of State for the FCT, who was represented by the State’s NNPP Publicity Secretary, Comrade Solomon Johnny, noted that there were seamless nomination processes, which INEC had complied with in the emergence of candidates, warning that “political parties that never met the requirements by law with regards to election guidelines and timetable for all political parties should not use the Court to ambush the commission and Akwa Ibom people”.

“Any attempt to use the Court to rewind the nomination process which has been rounded off by the electoral umpire will be resisted vehemently”, he stressed.

JUST-IN: After 12-day Sojourn In London, Tinubu Returns To Nigeria