All Security Agencies Must Work Together To Defeat Enemies – COAS 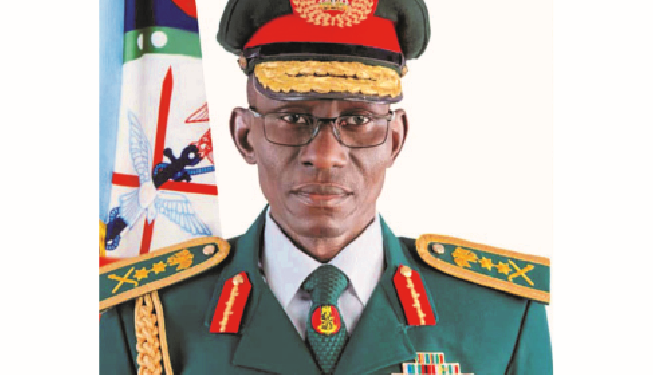 The Chief of Army Staff, Lt. Gen. Faruk Yahaya, has said that he was pleased with positive outlook of Army collaborations with sister agencies, adding that all security agencies must work together to defeat all enemies of the state.

General Yahaya stated this in his closing remarks at the Chief of Army Staff second quarter conference in Abuja.

The COAS said there has been appreciable improvements in Nigerian Army’s overall logistics and maintenance endeavours.

“I am pleased to also note the positive trajectory of our collaborations with other security agencies as enunciated during the Conference.

“We must continue to work together so as to defeat all enemies of the state whilst striving to win the hearts and minds of the populace.

“The Nigerian Army must remain poised to discharge its constitutional roles in support of the civil authority without compromise.

“Accordingly, Commanders are reminded that as the 2023 General Elections approaches, troops under their command must remain apolitical and operate professionally.

“They must continuously review their contingency plans for the provision of security support through an effective mechanism of cooperation with other security stakeholders,” he said

He added that the reviewed Rules of Engagement and Code of Conduct for Operation SAFE CONDUCT guiding troops during the upcoming 2023 General Elections will be distributed in earnest.

“I therefore urge you to thoroughly sensitize troops on their contents and implore them to operate in accordance with extant provisions throughout the period,” he added.

The COAS further pledged to redeem the glory of Command Secondary Schools and charged the schools authorities to ensure judicious use of resources for the institutions.

“I want to reiterate that education is key to the development of our families in the Barracks. Our Command Secondary Schools are therefore accorded priority and all hands must be on deck to ensure that the previous glories the schools are known for are surpassed. All resources provided must be judiciously utilized and we must note that effective management of the schools is a command responsibility,” the COAS stated.