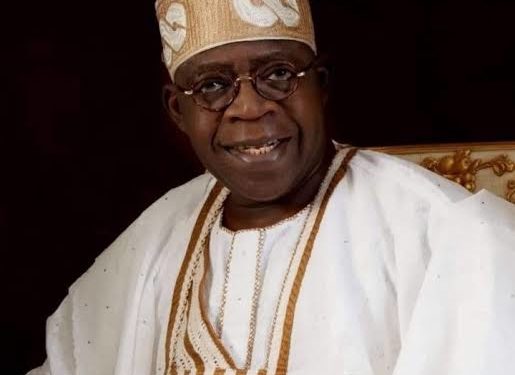 The United Arewa Youth Council in collaboration with the Northern Civil Society Groups have endorsed Rev Yakubu Pam as the running mate to the All Progressives Congress (APC) presidential candidate, Bola Ahmed Tinubu.

Speaking at a press conference in Abuja, the national coordinator and secretary of the Arewa Youth Council and the Northern Civil Society Groups, Mal Danladi Iliya and Pat Dauda respectively, said as concerned stakeholders, they conducted separate study on the most suitable candidate for the vice presidential slot and discovered that Pam is suitable.

“Our findings were subjected to multilayer scrutiny and debates using stringent criteria to ensure their veracity in the overarching objective of ensuring that the APC gets it right in the choice of the running mate to Asiwaju Bola Ahmed Tinubu.

“It is instructive to state that the opinion polls findings indicate a need for a balanced ticket in the form of a credible candidate from any North Central state to fill the vice-presidential slot.

The need for ethnic and religious balancing of the ticket cannot be overemphasized; as it would be a political miscalculation should the APC select a vice-presidential candidate without these considerations.

“As concerned stakeholders, it was incumbent on us to conduct a separate study on the most suitable candidate for the vice-presidential slot from the list of those recommended.”

result of the poll was overwhelming in the endorsement of Rev Yakubu Pam, the Executive Secretary of the Nigerian Christian Pilgrims Commission, from amongst the lot.

“We must state that other names of prominent Nigerians were featured in the list. However, the majority preferred Rev Yakub Pam because of his track record as a unifying figure that has contributed immensely to peace, unity and ethnic and religious tolerance across Northern Nigeria over decades, “ the group said, adding that Pam’s experience as a seasoned administrator was also considered.

“The United Arewa Youth Council and the Northern Civil Society Groups agree wholeheartedly, given the peculiarities of the time and the plurality of the Nigerian society.

“Having stated the above; the APC Presidential ticket would be given a further boost with the nomination of Rev Yakubu Pam as its vice presidential candidate, which in our considered opinion, would lead to electoral victory because of the broad appeal Rev Yakubu Pam enjoys in most parts of Northern Nigeria and other parts of the country.

“It must be said that Rev Yakubu Pam is an unassuming personality, though silent, and has contributed immensely to our great country. His name resonates with peace and unity, even amongst the Northern religious circle, with whom he enjoys tremendous respect.

“His leadership footprints cut across different segments and sectors of the Northern region, hence why his nomination as the vice-presidential candidate of the APC would indeed boost the chances of the party in the 2023 presidential elections.

“It thus remains the position of the United Arewa Youth Council and the Northern Civil Society Groups that Rev Yakubu Pam indeed fits the Bill as the vice-presidential candidate of the APC. We are convinced of the value addition his nomination would bring to the APC presidential ticket.

“Consequently, the United Arewa Youth Council and the Northern Civil Society Groups are using this medium to inform the general public of the endorsement of Rev Yakubu Pam as the vice-presidential candidate of the APC.

“We also call on the leadership of the APC to see the endorsement of Rev Yakubu Pam as its vice-presidential candidate as well-intentioned to guarantee the much-needed support from the critical constituency he represents, “ the group added.