The recent unveiling of the Peoples Democratic Party (PDP) governorship running mate in Kaduna has thrown up a discourse over youth inclusiveness, ORJIME MOSES writes. 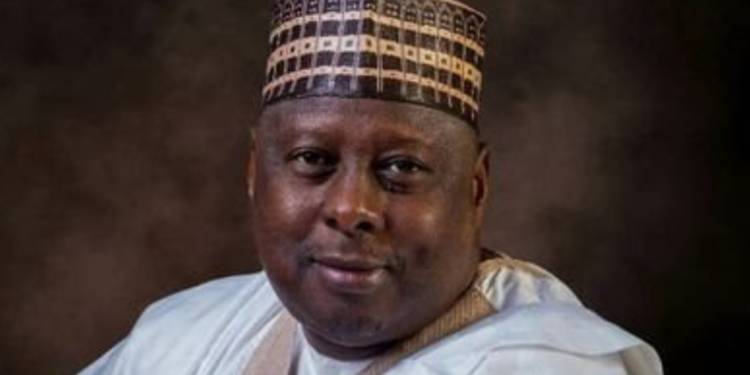 Since the “Not Too Youth” movement started the call for youth inclusiveness in the political space has gained traction.

But this came to the fore in the Kaduna State chapter of the Peoples Democratic Party (PDP) after the party’s candidate, Hon Isa Ashiru, chose his running mate.

On June 21, 2022, the PDP gubernatorial candidate, Isa Ashiru, 60, through his special adviser on media and publicity, announced Dr John Ayuba, 68, as his running mate.

The selection of Ayuba, an academician, banker and former commissioner of Finance in Kaduna State was greeted with mixed reactions.

While party members, especially the elderly ones believed it was a choice based on merit, others, especially the youths who have been crying of lack of mentorship by their leaders in the area, said his emergence is another way of sidelining them.

Even though Ayuba, who hails from Zangon Kataf Local Government Area of Kaduna State, is seen as a man of the people, some of the youths argue that the spot ought to be reserved for a younger person who would be groomed for higher political office in future.

As it stands, Ayuba’s capacity isn’t the issue but a sense of belonging for the youths.

“Over the years, the task of shaping the youth and mentoring them especially in the Southern part of Kaduna State have been lacking. The youths have been vehemently neglected by the older generation.

“The older generation ought to make a conscious and determined effort to prioritise youth development.This should be accompanied by practical examples in involving them in the political affairs where they can participate in decision making of their future,” a resident of the area, Bala Chechet said while reacting to the selection of Ayuba as running mate.

“As it stands now, the youths lag behind if you check the statistics of people that have been deputy governors in Kaduna State since 1999. The youths lack the support of those who have been at the helm of affairs and this needs to be remedied.

“The emergence of a 68-year-old John Markus Ayuba as running mate to Isa Ashiru, the governorship candidate of the PDP in Kaduna State, has, once again, and most unfortunately, brought to the fore the issue of youth exclusion in leadership and governance in the state,” another resident, Israel Bawa, said.

“When will the younger generation ever have a chance at the highest level of governance in Kaduna state? Why is a demographic majority that accounts for over 60 percent of the voting population consistently being overlooked by the political actors in our dear state?

“Despite our numerical strength, the youths in Southern Kaduna have been relegated to the background and reduced to political minority in governance, since 1999.  Kaduna politics is fast becoming the exclusive preserve of older politicians in their 60s. This needs to change if the PDP, and indeed, other major political parties are to continue being a force to be reckoned with in the state,” he added.

An independent research conducted by the British Council stated that by 2030, youths, not oil, will be Nigeria’s greatest asset.

Since the signing of the not-too-young-to-run bill into law by President Muhammadu Buhari, more young persons in Nigeria have been pushing to occupy more critical political offices.

In the light of the above research, the youth are saying that they expected Ashiru and the PDP to make a bold step on the place of the youth in 21st century politics and governance with the deputy governorship slot.

“Given the value the Southern Kaduna youths bring to the table with their energy, number and creativity, the need to integrate them into the echelon of power and decision making in the state cannot be overstated.

“When you consider the fact that all the deputy governors Kaduna state has had since 1999, from Stephen Shekari, Patrick Yakowa, to Nuhu Bajoga and now John Ayuba were in their late 60s and above. It becomes crystal clear that the PDP candidate missed a golden opportunity to reverse the trend by picking a youthful running mate,” a resident, Timikus Yusuf said.

He said Southern Kaduna, where the deputy governor is traditionally picked from, is blessed with many vibrant, credible, competent, intellectually sound and influential young people such as: the SOKAPU scribe Jonathan Asake; a former spokesman to late Governor Patrick Yakowa, Reuben Buhari; former Kaduna-South Senatorial candidate, Rijo Shekari; a staunch PDP supporter, Danjuma Bello Sarki; Group Managing Director (GMD)/Chief Executive Officer (CEO) of KYC Holdings Company Ltd,  Engr Michael Audu, and a host of others would have made a good running mate considering their track records and contribution to the party.

“Engr Micheal Audu has sponsored many PDP Southern Kaduna Youths to vie for different political offices. He contributed a lot of money to the Presidential Campaign Committee of President Muhammadu Buhari.

“We only need to go back in time to see that Nigeria’s political history is surrounded with examples of young people who occupied key positions in government and excelled.

“More than half of the people that were in Tafawa Balewa’s cabinet were 40 years and below. That is proof that the youths, when given the opportunity, have all that it takes to lead and perform creditably, “ Yusuf said.

He said that if PDP emerges victorious at the governorship polls next year, one way they can carry the youths along is giving them a seat at the table of governance and ensure that one of them emerges as the speaker of the State House of Assembly.

“Also, the leaders must ensure that young people form the core of Ashiru’s cabinet. Anything short of that, may not augur well for the party going forward.

“The only way the youths can take their place of ownership in the political spheres is for them to be ready to break-out from their shell.

“There seems to be an elitist conspiracy against the Southern Kaduna youths where they’ve been conditioned to see themselves as second class and ought not to occupy some political positions.

“The youths are no longer content with being “leaders of tomorrow,” they want to be leaders of today, here and now.

“For the PDP to stay beyond four years in power if it emerges winner at the 2023 polls in Kaduna State, the party must consider the youths in some sensitive positions since the selection of John Ayuba sparked a lot of reactions in different quarters.

“The choice of Dr. John Ayuba could not be far-fetched based on his experience as one of the seasoned politicians that served under both Yakowa and Governor Ramalan Yero, “ Yusuf added.

Evidently, the gubernatorial candidate, Hon. Isa Ashiru, was more concerned about experience, loyalty, competence and capacity in his choosing his running mate.

For many pundits however these are critical elements in choosing a running mate especially in a strategic state like Kaduna, which is the political capital of the North.

Speaking with Journalists after announcing his running mate, Ashiru said Ayuba has proven to be a loyal and reliable confidante.

“He also stood with me throughout the period I sought justice in the courts after the 2019 general elections which I won but was denied” he stressed.

On why he did not choose a younger person as a running mate, he said, “there would be little to no time for learning on the job. Dr. John Ayuba has worked in previous administrations; his experience and network will be highly required when our administration is sworn into office.

“My selection in no way discriminates against our youths. I believe in their collective power and potential and that is why most of our policies will be targeted at empowering them economically.

“I would rather have hundreds of entrepreneurs by the end of my tenure than just pick one of them as a running mate. The youths shall make up at least 40 percent of my administration. To be competitive in the new age, we must approach governance through innovation, relying on data and technology.

“Thus the youths are in a better position to drive this. Besides, the governor or deputy governor is mostly coordinating the affairs of government but the MDAs and parastatals are there for grabs, and the youths would surely be considered to man some of them” he assured.

Hon. Ashiru also said he consulted widely before arriving at the choice of his running mate.

He however called on party members, especially the youth, to mobilise people to get their Permanent Voter Cards (PVCs) and vote in the election.

Katung, who was a running mate to Ashiru in 2019 gubernatorial election, said everyone’s interest will be protected once the PDP gets into office.

With the window for substitution of candidates still open as provided by law, it will be interesting to see how the candidate reacts.

But as it stands, the PDP in Kaduna State would face a huge task of balancing its desire to win the election against having an inclusive system in its governance design.