In the last few months, Nigeria has not recorded insecurity in the Gulf of Guinea (GoG), and the costal water due to collaboration with other GoG nations spearheaded by the Nigerian Maritime Administration and Safety Agency (NIMASA), YUSUF BABALOLA writes. 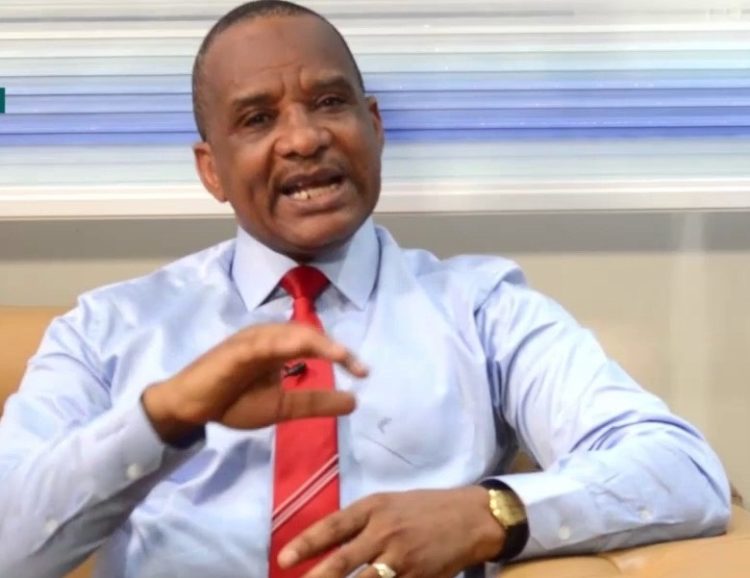 In response to global yearnings for enhanced efforts and commitments to combat the menace of piracy incidents and guarantee safety of seafarers and vessels in the Gulf of Guinea (GoG) region, constituent coastal States in the region, met at the Yaounde Summit in 2013 and set up a maritime security framework known as the Yaounde Process with three regional coordination centres in Abidjan, Pointe-Noire and Yaounde.

The meeting was created to raise awareness on the maritime security challenges in the region through data collection and information sharing arrangement.

However, after the May 21 Yaounde declaration, there has not been any case of Seafarers kidnapped. This is, however, considered a commendable progress in comparison to the 2020 statistics when 130 seafarers were kidnapped.

Also, the status report from the Gulf of Guinea declaration also confirmed that there has not been any case of kidnap for ransom in 2022, as against 20 cases in 2020 and 12 in 2021.

Similarly, the International Maritime Bureau (IMB) has confirmed that no case of vessel hijacking took place in Nigerian waters in the first half of 2022.

However, stakeholders have applauded the international efforts to co-ordinate the fight against piracy in the Gulf of Guinea, saying the effort is gaining momentum.

According to the former shipping adviser to EU Naval Force Somalia, Simon Church, the countries, navies, and West African States are seeking to mirror the approach used successfully in Somalia.

Church, who is the former director of Maritime Security Centre Horn of Africa, told Lloyd’s List that in February of the past year, Nigeria, through NIMASA, and the Inter-regional Co-ordination Centre of the Yaoundé Code of Conduct, which represents 21 countries of the Gulf of Guinea region, signed a Memorandum of Understanding to establish a regionally led Shared Awareness and Deconfliction, known as Shade, forum.

Church said the forum was designed to help coordination between navies and information sharing centers in the area to respond to pirate attacks, by establishing best practices for reporting incidents and letting navies know who is doing what.

“The intention behind that intense, ambitious timeline is to deliver output and deliver operational effect,” Church said.

He also said the system, called Solarta, let the Russian navy respond quickly to the October 25 attack on the containership MSC Lucia (IMO: 8413887), chasing the pirates away before they could take any hostages.

“The system has gone online, is being used … and has proved to be effective in preventing attacks becoming hostage situations,” Church said.

“And that is a big accomplishment in the space of six months.”

The emphasis on shared awareness is because no one country answers to another; the forum cannot tell navy ships what to do, if more ships are needed, it cannot marshal them like a country could.

The mix of legal jurisdictions and authorities makes the Gulf of Guinea harder for international navies to operate in than Somalia, a failed state with no coast guard. Navies cannot chase pirates across state sea borders without the states’ permissions.

Also, the International Maritime Bureau (IMB), the recent fall in piracy incidents in Gulf of Guinea was because of “vigorous action taken by authorities” in the region.

“The establishment of GOG-MCF/SHADE has enabled working-level stakeholders from the GoG region and outside the region to connect and discuss how best to tackle piracy in the region. We believe that this has been a catalyst for non-regional stakeholders to initiate effective maritime law enforcement operations to support regional efforts”.

According to him, these collaborative initiatives, as well as efforts of the Nigerian Navy and other regional navies, including the deployment of the Deep Blue Project, have been responsible for the reduction in piracy incidents in the region.

This, he said, was why the IMB recently removed Nigeria from the global piracy list, and the goal was to sustain the piracy-free Gulf of Guinea.

NIMASA, Nigerian Navy and the Interregional Coordination Centre (ICC), have espoused the need for continuous collaboration with regional and international stakeholders to ensure the sustainability of security in the Gulf of Guinea.

The DG of NIMASA who noted that collaboration and co-operation was central in attaining enhanced security in the Gulf of Guinea in recent times, said that NIMASA is committed to providing all logistics required for members of the SHADE/FORUM to thrive and maintain the momentum.

Jamoh said, “The SHADE must be nurtured to remain a force for good. As members we owe a collective duty to this forum to keep its dialogue robust and guard it from slipping into complacency as to become a toothless bulldog. Our SHADE must be strengthened through cooperation, coordination, collaboration and communication. Security success can never be by solitary achievements.”

“There must be cooperation between regional navies like we saw recently between Nigeria and Benin. We are all contributors to the success we are currently experiencing in the area of maritime security” he added.

The secretary general of the International Maritime Organization (IMO), Mr. Kitack Lim, who addressed the Forum virtually, congratulated Nigeria on the efforts it has embarked on to improve security in its territorial waters and the Gulf of Guinea domain at large.

He challenged members of the SHADE FORUM to maintain the momentum in order to sustain the gains of the past one year.

Jamoh added; “Maintaining the momentum of gains made so far is the main challenge for the regional navies. To do so, you must address the root causes of piracy including the plight of coastal communities, in order to reach sustainable solutions to the issue of piracy”.

Also, the Chief of Naval Staff, Vice Adm. Awwal Gambo, said that the concept of Gulf of Guinea forum, said that collaborative framework offered a veritable platform for GoG nations and other partner nations to congregate and cooperate to address the piracy challenge facing the region.

Gambo who was represented by the Chief of Policy and Planning, Rear Adm. Saidu Garba, said, “On the part of the Nigerian Navy, the successes recorded were largely due to its ongoing efforts towards building institutional capacity in reinforcing capabilities for maritime governance.

“Nonetheless, there is still room for greater collaboration in the areas of information sharing, increased presence of naval assets and strengthened legal frameworks among the GoG nations as well as international partners,” he said.

Similarly, the Co-Chair of the Forum, Rear Adm. Solomon Agada, said that the vision of GoG SHADE was to have a Gulf of Guinea maritime environment free from incidents of piracy and armed robbery.

He added that “the mission is to strengthen national, regional and international naval cooperation to combat piracy and armed robbery in the Gulf of Guinea.