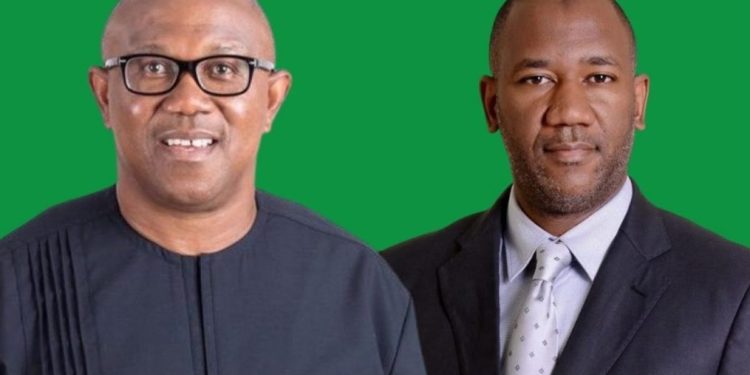 Presidential candidate of the Labour Party, Mr Peter Obi, has said that voting for their party in the 2023 general election means power has been returned to the people.

According to Obi, the interest of his movement is to return power back to the people in 2023 adding that the current drivers don’t know where they are heading to.

Speaking at a leadership summit organised by his party in partnership with Coalition for Peter Obi Support Groups, Obi said Nigerians must not allow drivers that don’t know where Nigeria’s destination should be to lead the country.

Obi said his job in 2023 is to wrest power from those who hold it presently and return it back to the people adding that his administration would provide leadership that has been lacking.

“Our job is to take power from those who have it and give it back to you. We have a country called Nigeria but we don’t have Nigerians. What we want to do is to create Nigerians.

“In 2023, we will no longer allow drivers that don’t know where we are going. We will remove that driver. We will not allow him to continue. We will put another driver to continue because what we have now, and what is happening in Nigeria is that you don’t know where you are going, the driver doesn’t know where the vehicle is going, so every road leads us there,” Obi said.

According to him, “All we say is that 2023 onwards, we will no longer allow that situation. For now, we will manage it to the end.”

While promising to return the country to a productive one, Obi said: “All we want to do is to move this country from consumption to production.”

The national chairman of the party, Julius Abure, said the Labour Party will win the 2023 presidential election. Abure, who is a former trade union leader, said the party was on a mission to rescue Nigeria. He said the country was tilting towards collapse as a result of insecurity and a failing economy.

The director – general of Obi/Datti Campaign Organisation, Dr Doyin Okupe warned that Nigerians would suffer if the country continues on the same path.

He said the party would mobilise to ensure that everyone at the polling stations voted for the Labour Party.

Vice presidential candidate of the party, Datti Baba-Ahmed called for calm ahead of the election. He cautioned election riggers to “sheath their sword” and allow the voice of the people to prevail.

Baba-Ahmed said: “We do not take anything from anybody for campaign. We are not looking for money from the government. We are looking for how to manage government money by following a serious leader who knows how to create money. I am following a leader who has nothing to achieve again in this life except to see a peaceful and prosperous nation.

“It pains me when a uniformed staff of the federal government of Nigeria, in broad daylight, will collect money. Each time I see it, my heart breaks,” he said.