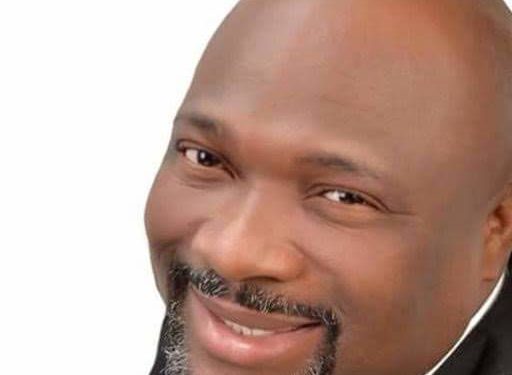 A loyalist of Rivers State governor and chairman of Emohua local government area of the State, Dr. Chidi Julius Lloyd, has lambasted a chieftain of the Peoples Democratic Party (PDP), Senator Lee Maeba, for accusing the governor of hunting him and others for supporting the PDP presidential candidate, Atiku Abubakar.

Describing the former lawmaker as a coward, the local government chairman said there was no truth in the claims by Maeba that Wike removed him as well as former Governor Celestine Omehia and former Deputy Speaker of the House of Representatives, Chief Austin Opara, as PDP leaders in their respective local government areas.

Lloyd, who spoke with LEADERSHIP in Port Harcourt on Tuesday, advised Atiku not to take the former Senator serious as he cannot be more supportive to the ambition of the PDP presidential candidate than the Rivers State governor.

Lloyd said: “Ordinarily, I would have ignored Ledogo and his ranting. Now, what pains me is that Ledogo has represented a Senatorial district in Rivers State; in the Red Chambers for eight years and he came up with that kind of English language he was speaking in that interview.

“But, that is what politics gives to you; when good people don’t venture, you have the likes of Ledogo going to the Senate. His English Language and the conjugation of tenses is not the subject matter.

“The subject matter now is that Ledogo is a coward. That is how I describe him. The whole interview he granted, what I will describe as a latrine marble of negativism. How on earth will you say the governor doesn’t like you because you support Atiku? Does Ledogo support Atiku more than the governor of Rivers State? This is what they do.

“Unfortunately, what Ledogo is doing now is not what his parents contemplated when they named him Ledogo. What they contemplated was that he is a good son and that is the meaning of Ledogo in Ogoni. But, this is the opposite of his name.

“I want to plead with him to go and roof the secondary school in his village, where he schooled, where he got the small education that he has. The roof of the school is leaking, no chairs. And this was a former chairman of Oil and Gas Committee in the Senate.

“You cast aspersions on Governor Nyesom Wike. What is Ledogo’s pedigree? Just because the man didn’t make you governor? He ran to Atiku and if I was Atiku, by his own pleadings, I will not take him seriously because he said it that interview that Wike said he will not grant any interview and that was what happened. And the man you don’t want to win won. If you are a politician, who should you go after?

“We know this people; this is the transfer season for politicians. The only unfortunate thing is that they are not teaching we, the younger ones anything and we have found solace in Governor Nyesom Wike. Imagine the type of people you would have saddled with the responsibility of ruling Rivers State.

“These were the same strokes they used for Chibuike Amaechi. These same characters. But, you see this governor, he has God’s grace upon him and the prayers of the faithful.

“This is the only governor in this country who is still working, awarding contracts at the twilight of his administration. Whereas others are busy travelling from one place to the other, he is here commissioning projects, inviting prominent Nigerians to come and see.

“We cannot be distracted by the likes of Ledogo; I can only take Ledogo seriously if he goes to his village to roof that secondary school.”