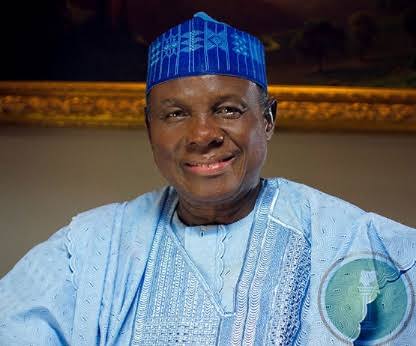 Former Minister of Information, Prof Jerry Gana has said that the reconciliation between the Presidential candidate of the Peoples Democratic Party (PDP) Atiku Abubakar and the Rivers State Governor, Nyesom Wike will not fail.

According to Gana, a firm process for the reconciliation have started adding that they will ensure it did not fail.

Speaking at an event organised by GreenFlames Film Production to mobilise Nigerians to vote peacefully in the 2023 general elections, Gana said there is hope Nigeria will get it better adding that the PDP stands for unity.

“We have started a conciliation process between some members of our party. The process started this week and today (Saturday) it will continue. I am in the forefront of the reconciliation.

“We believed that this reconciliation will not fail because we need to deliver Nigeria from misgovernance,” Gana said.

Even though he couldn’t mentioned Atiku Abubakar and Nyesom Wike of Rivers State, LEADERSHIP earlier reported the meeting between Atiku and Wike at the Abuja residence of Prof Jerry Gana.

On the upcoming general elections, Gana who called on all Nigerians to ensure they participate in the process, added that God will deliver Nigeria mysteriously.

“God is going to move in a mysterious way to deliver Nigeria, ” Gana said, adding that insecurity will go away if Nigerians vote for the right person to be president.

“We are tired of this lack of governance. It is a shame in 2022, the capital city of Nigeria is not safe. Politicians must be men and women of integrity.

“We left over $87 billion in excess reserves. Now, they said we only have about $304 million dollars. Nigeria is now nearly bankrupt. We have to borrow to pay salaries, ” Gana added.

According to him, when the righteous govern, the people rejoice, adding that Nigerians must not allow the political process in the hands of people that do not mean well for them.

“Righteous people must enter politics because when the righteous are in government, definitely, the people will rejoice. Many people are not happy that Nigeria at this stage and in the 21st century is still crawling. That will stop if righteous people participate in politics.”

The Peoples Democratic Party (PDP) gubernatorial candidate in Plateau State, Barr Caleb Mutfwang, called on Nigerians especially the people in Plateau State to support a candidate that will bring purposeful leadership to the State.

According to Mutfwang, politics is a calling adding that he is in the race for the gubernatorial election because God calls him to him for the people in the area of politics.

“I am in politics because God calls me. People should vote for credible candidates that will bring unity and purposeful leadership. Nigerians must not vote for people because they are in the same political party. We need leadership in Nigeria. Let’s allow God to direct us on what to do because God calls me into politics to serve the people,” Mutfwang,” added.

The convener of the programme who is also the Chief Executive Officer (CEO) of GreenFlames Film Production, Appiah Simon, said they will always thrive at providing a platform for people to discuss on how best Nigeria can have a peaceful electoral process.

“We want Nigerians to take an informed decision in the 2023 general elections. The people we put into political offices will determine the future of the country,” she said.