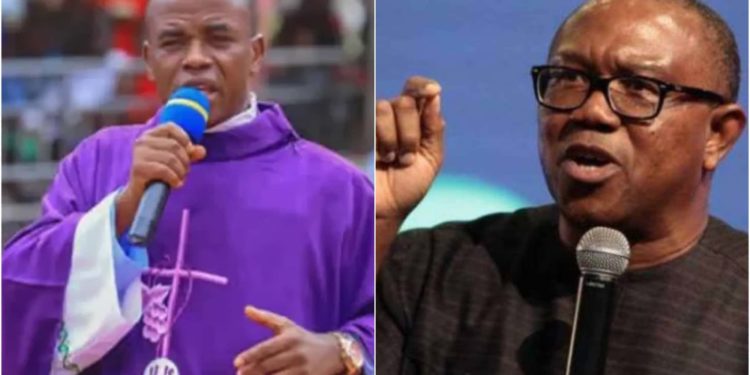 A socio-political organisation based in Abakaliki, the Ebonyi State capital, Odimma Umuigbo yesterday said that despite the criticism and gang up by some Igbo leaders against the Labour Party (LP) presidential candidate, Mr Peter Obi, millions of youths and the elite across the country are in massive support of his ambition.

The group’s coordinator, Mr Christian Odigbo in a statement signed by him and made available to LEADERSHIP Friday in Abakaliki described the criticisms as anti-Igbo, unfortunate and regrettable adding that the comments and criticism are merely borne out of envy, jealousy and self-centered.

He called on the leaders to focus more on marketing the candidates of their choice rather than dwelling much on demarketing Obi.

Odigbo stated that some of the leaders criticising Mr Obi are simply intimidated by his wide acceptability and towering political profile adding that the greatest challenge facing the Igbo race is self-centered ambition.

“Odimma Umuigbo is greatly saddened by some of the comments credited to our Igbo leaders and clergy men. Rather than dwell in marketing the candidate of their choice, they now focused on unhealthy criticism against Mr. Peter Obi.

“The criticisms are obvious. It’s the same cankerworm that is eating deep into the political future of Ndigbo. The pull him down syndrome that has bedeviled Ndigbo is exactly what is gradually being witnessed. The idea that since it’s not me, it can’t be him is a very unhealthy politics amongst Ndigbo”.

“We expected Ohanaeze Ndigbo to stand up to its responsibility by cautioning some of our leaders and clergy making unguided utterances against Mr. Obi to desist but no, Ohanaeze is already politicised and can’t speak loudly anymore,” he said.

Odigbo noted that for the first time, Nigerian youths and the elites are determined to vote for a candidate of their choice and one who will transform the economy and infrastructural decay in the country adding that no amount of blackmail will deter the youths from getting it right.

“Odimma Umuigbo has received with dismay the recent criticism against Mr Peter Obi by an elder statesman, Chief Jim Nwobodo and Rev Fr. Ejike Mbaka and we want to assure them that no amount of criticism will deter the youths and majority of the elites who are backing his ambition from supporting him.

“While we frown at the comment credited to Rev Fr Mbaka in which he said that Mr. Obi will not win the President of the country because he is a stingy man, we want to let him know that it is better to be stingy with public funds and give it to the right people than to use public funds to enrich oneself and political associates while the less privilege suffers.

“On the comment credited to Chief Jim Nwobodo that the presidential election is not a tea party and not for inexperienced people, Mr Peter Obi has all the experiences and political will to be the President of the country,” he said.

He urged Obi to go all out with his people-oriented electioneering, adding that the Nigerian Constitution provides for one man one vote, freedom of association and the right to support any candidate of choice.

He appealed to Igbo traders, especially in Lagos, Aba and Onitsha to encourage their members to ensure that they get registered in the ongoing voter registration and ensure they collect their PVCs to enable them vote in the forthcoming general election.