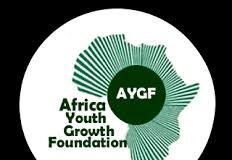 A frontline non-governmental organisation, Africa Youth Growth Foundation (AYGF) said it has delivered over two million nutritional services to households and families (pregnant and lactating women and children of under five years) within the public health thematic focus (nutrition) in Nigeria.

The organisation also disclosed that it has enrolled over 500,000 beneficiaries under the World Bank funded Accelerating Nutrition Results in Nigeria (ANRiN) project.

The executive director of AYGF Dr Arome Salifu made the disclosure yesterday at the foundation’s 16th anniversary celebration and town hall meeting in Abuja. He said the feat was part of its intervention to curb malnutrition in Nigeria.

Salifu also said, “We have successfully worked with the IOM, German government and several Nigerian government ministries and agencies to impact over 5 million lives on migration and development support and advocacies.”

Apart from that, Salifu told the gathering at the Ladi Kwali Hall of Sheraton hotels and towers that his foundation has supported the Nigerian government with registration of over 50,000 Nigerians and internally displaced places with their biometrics under the ongoing NIN registration exercise after being issued the licence by NIMC.

According to him, over the years, AYGF has impacted millions of lives across the seven thematic areas (livelihood, migration, public health, PVE/CVE, education, governance and climate change) through several funded and non-funded projects.

Meanwhile, country director for Care International, Dr Hussaini Abdu who delivered the keynote address at the event, disclosed that there are about 51 international NGOs responding to the humanitarian situation in North Eastern Nigeria.

He said 70 percent of health financing in Nigeria comes from personal pockets. “That’s the worst in the world. Every one of us is either supporting one of our relatives who is ill and in the hospital,” he stated. He spoke of the failure of the government to provide quality and affordable healthcare system to Nigerians.

Speaking on the topic: “Strengthening Non-state Actors, Donor Partners Relationship,” Abdu said a huge gap has been created as a result of government failure to perform its responsibilities in the insistence that government alone cannot provide all that is required for quality human living.

Abdu said despite GDP growth over the years, Nigeria’s unemployment, inequality and poverty rates have increased over the same period. He said governments at all levels failed to guarantee development.

He said ideas leading to development must come from within even though he acknowledged learning from the experiences of others. He said intervention by NGOs are palliatives that cannot actually guarantee development but help nations stabilise to achieve development in specific areas.

Commissioner for health, Niger State Dr Mohammed Makusidi said AYGF helped to give the state tools and evidence-based results to get the government to release N140 million to support nutrition in the state.

Despite Efforts Of Military In Fighting Banditry, Abuja Residents Still Live In Fear

Despite Efforts Of Military In Fighting Banditry, Abuja Residents Still Live In Fear