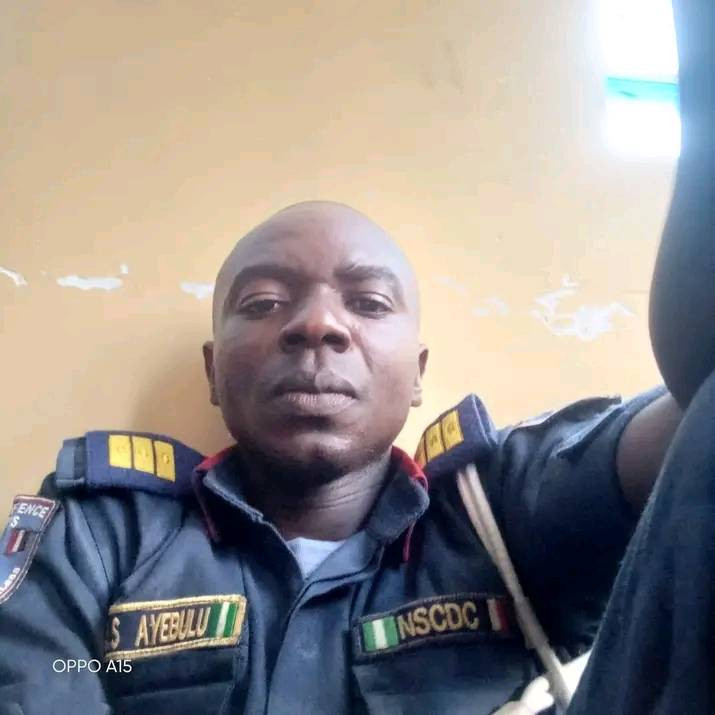 An operative of the Ekiti State Command of the Nigeria Security and Civil Defence Corps (NSCDC) has been reportedly shot dead by  gunmen in the state.

Three other persons were also kidnapped by the bandits during the attack which occurred on Oke Aka-Ajowa Road in Ikole local government area on Saturday.

The officer, identified as Segun Ayebulu, was said to be travelling from Ado Ekiti to his home town when the gunmen struck.

The bandits, it was gathered, had attacked the man in his vehicle and shot him dead while they kidnapped his younger brother and two children who were with him in the car.

A source  in the area said hunters in the neighbouring communities had started combing the forests around the area to rescue and to possibly arrest the perpetrators of the evil act.

When contacted, the NSCDC command public relations officer, Mr. Tolu Afolabi who confirmed the incident, said the command has commenced investigation into the matter and efforts are ongoing to arrest those behind the attack and the killing.

Afolabi said, “One of our officers was shot dead yesterday on his way from Ado Ekiti to his home town while others were kidnapped by gunmen.”

\Also speaking, the Regent of Oke Ako, Princess Tinuade Ogunbiyi, said an information came to her that somebody was shot dead on the road while others were kidnapped,

Ogunbiyi who lamented incessant kidnapping in the area said, “It is the same thing repeating itself on a daily basis”.

Meanwhile, the lawmaker representing Ikole constituency 2 in the Ekiti State House of Assembly, Hon. Adeoye Aribasoye, has condemned the killing of the officer and kidnapping of the three by the gunmen.

‘No Plan To Clamp Down On Atiku Supporters In Rivers’

'No Plan To Clamp Down On Atiku Supporters In Rivers'