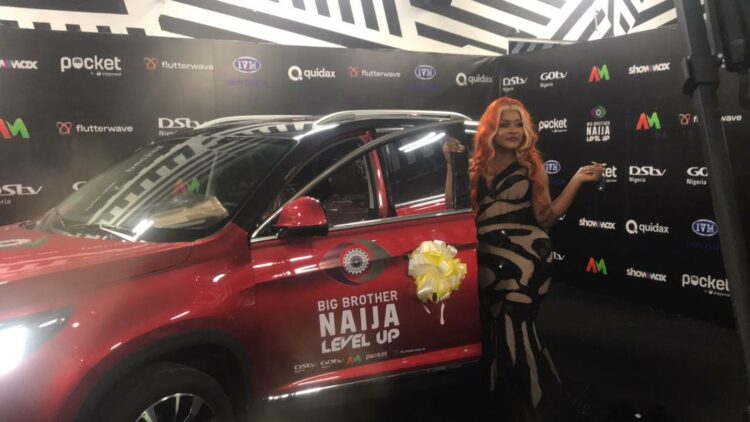 Winner of the just-concluded most watched reality TV show in Africa, Big Brother Naija, Phyna, was
on Tuesday the cynosure of all eyes as she received her prizes, a N50million cheque, brand new Innoson SUV and a trip to Dubai, UAE.

Other prizes included a year’s worth of Pepsi drink and Nexus Home appliances, among others.

The hilarious winner of the show, Phyna in a vivacious way, explained that she was still basking in the euphoria of being the winner as she was yet to fully have an idea of what to do with the cash prize.

In her words: “I will calm down and see to that and if you’re the one, you’ll do the same but I will see to helping the needy.”

She further expressed that any disagreement with other housemates in the BBNaija House was due to the heat of the game as she is a free spirited being.

“I hold no grudges against no one as I have left it all behind me. I get angry but after some time I let it go,” she said in a brief interview.

Phyna became the winner of this year’s edition of Big Brother Naija Season 7 by defeating Bryann, who emerged as the 1st Runner Up, Bella, Adekunle, Chichi and Daniella who all made the Top Six.

The organisers had announced that the 2023 edition will be bigger as it will be a combination of Big Brother Naija housemates and Big Brother South Africa housemates.