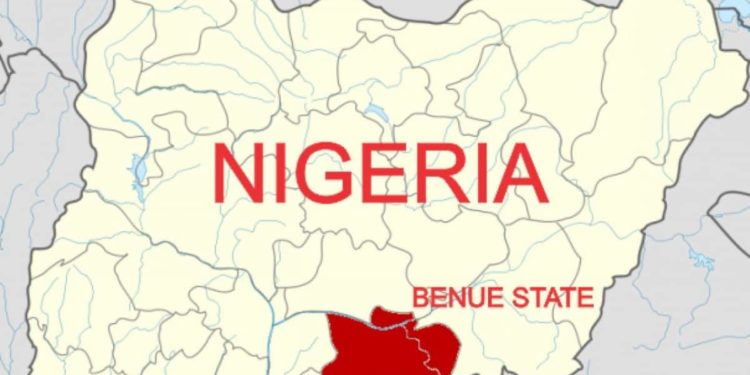 Benue State Commissioner for Finance and Economic Planning, David Olofu has applauded Governor Samuel Ortom and the leadership of People’s Democratic Party (PDP) in the state for successfully completing the congresses and primaries without hitches or stalemates.

This is even as the Finance commissioner also congratulated the PDP guber flag bearer, Rt. Hon. Titus Uba, the deputy governorship candidate, Sir John Ngbede and all the PDP candidates for National Assembly and House of Assembly across the State.

Addressing newsmen shortly after the certificate of return was presented to Uba, the Finance Commissioner said PDP will continued to be the leading light in the democratic journey in the country and Benue State in particular even as he urge other political parties to emulate the high standard of transparency, credibility, maturity and internal democracy displayed by PDP

“Our party, the PDP has demonstrated to the whole world what true democracy entails. Right from the delegate congresses to the conduct of the party primaries, PDP has shown utmost transparency, credibility, maturity and internal democracy, devoid of rancour, hitches, stalemates or court suits”

“Let me use this opportunity to laud the exemplary leadership of Governor Samuel Ortom and the State working Committee of our great party for showing the light.

“I want to also congratulate our amiable governorship candidate, Rt. Hon. Uba, his running mate and my brother, Sir John Ngbede and all our candidates for the 2023 general elections, for coming on board on a clean slate. With this bold, clear and convincing step, the PDP is set for landslide victory in 2023”, he added.

While calling on the aspirants who lost out to imbibe the spirit of sportsmanship and continue to support the party to achieve victory, come 2023, Olofu, who is aslo the Chairman of the Forum of State Commissioners for Finance of Nigeria, pledge his unflinching support towards electoral success of PDP in the 2023 general elections

Recalled that during an expanded caucus meeting at Government House Makurdi, on the Sunday, 5th June 2022, Governor Ortom announced the PDP state Chairman, Ngbede, who hails from Agatu local government area as the deputy governorship candidate of the party for 2023 guber elections.