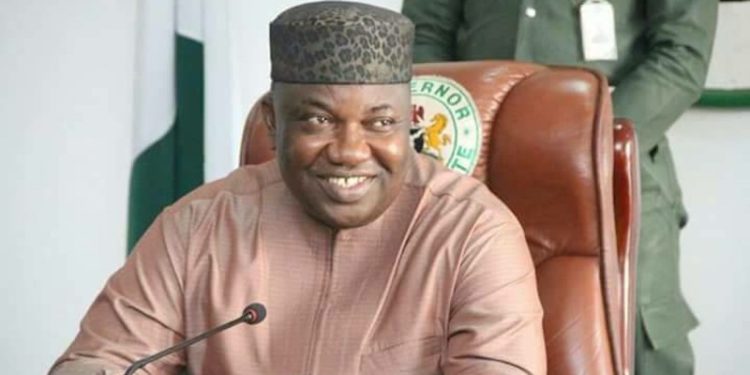 The administration of Governor Ifeanyi Ugwuanyi of Enugu State has offered bursary to 165 Enugu students in different campuses of the Nigeria Law School across the country.

The I65 beneficiaries of the bursary were identified and listed by Enugu law students themselves when they interacted with Gov. Ugwuanyi at the Government House, Enugu, recently.

Confirming the disbursement of the bursary to the law students, the Executive Secretary, Enugu State Scholarship Board, Barr. Uche Levis Abonyi, stated that each of the beneficiaries has received the sum of N100,000.00 from the state government, through his office.

Barr. Abonyi disclosed that Gov. Ugwuanyi started paying the bursary to Enugu State indigenes in the Nigeria Law School in 2020 during the outbreak of Coronavirus Disease (COVID-19) in the country.

He added that the state government during the heat of COVID-19 in 2020 paid the sum of N24,600,000.00 to Enugu law students to cushion the adverse effects of the pandemic, stressing that “This payment was made at a time most states were struggling to pay workers’ salaries because of economic recession”.

The Executive Secretary urged the students to be good ambassadors of the state wherever they find themselves, and “always have our dear state, Enugu, in your prayers for the sustenance of peace, security and good governance entrenched by Gov. Ugwuanyi’s administration”.

Reacting on their behalf, the leader of the law students, Michael Kenechukwu Onah expressed immense gratitude to Gov. Ugwuanyi for continued show of humility, benevolence and steadfastness to the wellbeing of Enugu indigenes and residents in spite of the nation’s economic challenges.

Onah reiterated the commitment of the law students towards making Enugu State proud, promising Gov. Ugwuanyi that they will surely make him proud in the Bar Finals coming up in August this year in appreciation of his kind gesture.

Describing the bursary as “a privilege, not a right”, the leader of the law students, reassured the governor of their support, prayers and solidarity.