by Henry Tyohemba
in News, Politics
0 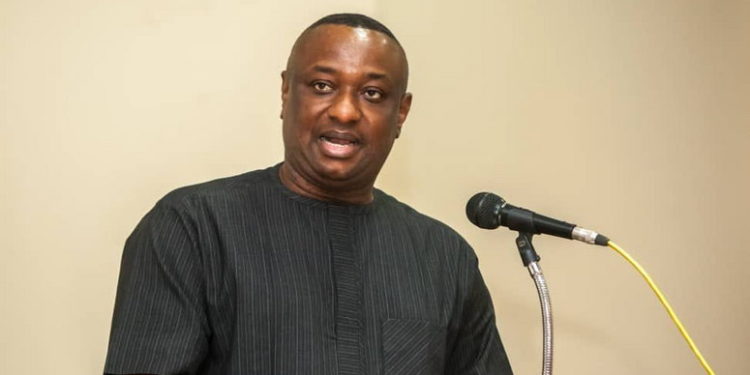 The Minister of State for Labour and Employment, Festus Keyamo, has said the Academic Staff Union of Universities (ASUU), is on strike due to an agreement reached with the Peoples Democratic Party (PDP)-led government in 2009.

The Minister who stated this while speaking to journalists, said Nigerians should not blame the current APC-led government for the ongoing strike by ASUU.

The All Progressive Congress (APC) Presidential Campaign Council spokesperson accused the PDP government of being irresponsible over its inability to fulfil the agreement signed with ASUU in 2009.

“The ASUU thing you are talking about. What is the problem of ASUU now? It’s the 2009 agreement signed by the PDP government. They signed agreements with ASUU that they couldn’t fulfil. We had to inherit those agreements and now are struggling to renegotiate those agreements.

“Imagine how irresponsible a government can be when they went into agreements with ASUU and signed conditions that they couldn’t fulfil and that is why ASUU is on strike, so let us tell Nigerians that ASUU is not on strike because APC signed an agreement with them. It was the PDP that signed the agreement.

“We are not shifting blame; we are going to tackle the problem. Between 1999 and 2015 when they handed over to the APC, ASUU was on strike 12 times. I have the statistics amounting to 900 days,” he said.