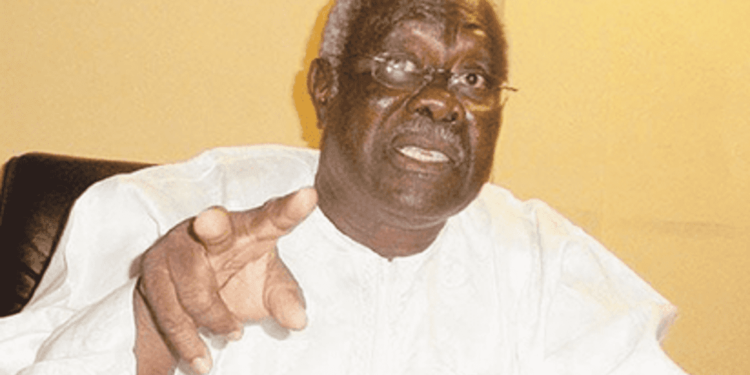 Former deputy national chairman of the Peoples Democratic Party, (PDP), Chief Olabode George, has called on the two major political parties, the PDP and the All Progressives Congress (APC) not to attempt to field a Muslim president and Muslim vice president, saying it will amount to insensitivity to the yearning of Nigerians.

George who stated this during an interactive session with journalists yesterday said taking a Muslim- Muslim option will amount to not taking people’s concern into consideration.

“A couple of years ago, the Social Democratic Party (SDP) put Chief Moshood Kolawole Abiola and Chief Babagana Kinginbe , both Muslims as Presidential and Vice Presidential Candidates, that was in 1993. People didn’t bother then and they won. The situation is not the same now. Only a few days ago, worshippers at a Catholic church in Owo were killed right there in the Church. To think of a Muslim- Muslim ticket now will be insensitive, utter madness and it will be like putting a petrol into a fire”, George said.

On the calibre of people that have emerged as presidential candidates in the coming election in 2023, George said Nigerians should probe into  their  pasts.

He also called for restructuring of the country and demanded for a new constitution that suits the situation in the country as well as solve her challenges.