Borrowing To Live A Lie 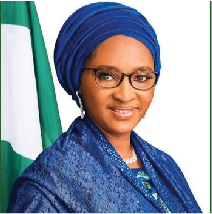 If you are not aware that one ‘mudu’ of yellow Garri which used to sell for N140 in Abuja is now N500, you would at least know that one litre of diesel has jumped from N240 per litre to N820. That was why my barber disagreed with the headline of the newspaper I was reading: NIGERIA’S INFLATION CLIMBS TO RECORD HIGH OF 20.52%. The report went on to explain that this new figure was 3.52% points higher compared to the rate recorded at the same period last year, which was (17.01%).

The fact that the data were produced by the National Bureau of Statistics did not assuage his disapproval.

“Sorry sir, I’m just a poor barber, but I’m not stupid. What is this nonsense about inflation rising to 20.52%? Speaking for myself, I can tell you that I’ve been living with a 300% rise in my basic cost of living in the past two years while the money in my pocket has depreciated by 400%”.

I wanted to interject with details of the variables taken into consideration in computing the consumer price index but changed my mind as the good old barber was at that material time skilfully shaving my neck area. Any agitation could make him slice something.

So, I simply sat there and endured his 45 minutes’ ranting which mercifully ended when his colleague said, “Calm down, this suffering will soon pass”.

I made a mental note of that statement. Perhaps that is the unctuous invocation to throw into the troubled waters of arguments whenever anyone was expressing his frustration with the way Nigeria’s economy has headed south while the private fortunes of many of its well connected political elite are navigating their way to the stars.

As I made my way out of the salon, I showed the barber another caption which indicated that Nigeria’s dire economic straits wouldn’t suddenly disappear: NIGERIA TO BORROW N11 TRILLION TO FINANCE 2023 BUDGET. The wiry man almost jumped out of his apron. “What have we done with all our earnings and past borrowings”? He asked as I slithered through the entrance to escape his harangue.

The lyrics of singer Omawumi’s hit played at the back of my mind:

If you ask me

No be me go talk am, e heavy for mouth

If you ask me

The matter for ground

Ours is a classic case of incompetent husbanding of resources, making the people toil at the elephantine grind only to feed on crumbs like ants. At a time when the rest of the oil producing world is reaping bounties from the windfall occasioned by the Russia-Ukraine war, our people are suffering under a regime of opaque petroleum prices which successive governments have described as ‘subsidised’.

Even then, we are living on loans, strutting like peacocks in borrowed feathers. The Federal Government is proposing an aggregate expenditure of N19.76 trillion for the 2023 financial year. The budget deficit is expected to exceed N12.42 trillion if petroleum subsidy is kept for the entire 2023 fiscal cycle, but the government plans to limit the damage to N3.36 trillion so that the succeeding government can deal with the problem. The can of further pains has only been kicked forward. We shall have to confront the demon headlong someday soon.

There are fears that the government may not be able to finance capital projects in 2023. So we are embarking on all the stated hefty borrowings only to keep up some semblance of normalcy.

We shouldn’t be borrowing one dime if we had sensibly managed our resources.  It wasn’t that long ago when the Obasanjo administration paid off our debts with the hope that we could then start planning for a rosy future without the overhang of debts and the notorious conditionalities of the major lenders. Now we can’t even meet our OPEC quota and there is a network of holes through which national revenue finds its way into private pockets.

What we defined as corruption in the First Republic was but a child’s play compared to our present system of looting on industrial proportions. The figures released by government operatives confirm that thieves within the system have now proliferated every sinew of the official network that they are competing with government in terms of revenue share.

While Nigerians were ruing the prospect of another bleak year ahead, the world was shocked to learn that a large crude oil carrier, MT Heroic Idun, had escaped the Nigerian maritime environment with stolen crude oil and had been arrested in Equatorial Guinea. The Nigerian Navy later explained that its officers had pursued the ship and sent signals to the Equatorial Guinea authorities to interdict the ship. The ship failed in its oil-stealing mission.

Those who are familiar with oily matters have revealed that the entire oil production and accounting chain is fraught with fraud. An oil tanker of the size of MT Heroic Idun could not have left its country of registration and strayed into Nigerian waters if not that there was some kind of arrangement to lift cargo.

The ship was built in 2020, so it is a brand new vessel. Owned by Hunter Tankers AS, it was flying the flag of Marshall Islands, at the time of interdiction. It is 336 metres long with a beam of 60 metres and summer deadweight of 299,995 tons. It has a capacity of 3 million tons of crude oil. It is not your regular smuggler’s boat by any stretch of the imagination.

There are six petroleum exportation terminals in Nigeria. Shell owns two, while Mobil, Chevron, Texaco, and Agip own one each. Shell also owns the Forcados Terminal, which is capable of storing 13 million barrels (2,100,000 m3) of crude oil in conjunction with the nearby Bonny Terminal.

According to the Nigeria Extractive Industries Transparency Initiative (NEITI), 53.28 million barrels of oil were stolen in 2018 while the following year recorded 42.25 million barrels valued at $2.77 billion. According to OPEC sources, Nigeria’s crude oil production averaged 1.238m bpd in June  2022. The country used to routinely produce 2m bpd in saner times. The kind of stealing going on now between the big and small oil thieves is almost as if everyone wants to get a piece of the action before stealing goes out of fashion.

The local thieves who source crude oil for their artisanal refinery account for only a relatively small part of the problem. While it is true that over the years militant youths have acquired mastery of plugging into oil pipelines, the damage they are doing can’t be compared with the wholesale stealing done with tankers such as the interdicted MT Heroic Idun,

Although the extensive involvement of sundry participants in the Nigerian oil theft trade is acknowledged, there is also the network of protection that the political elite and security forces provide to lower-level oil thieves.  The profitability of crude oil products and the lack of government oversight in providing surveillance of the pipelines serve as incentives for all those involved in the illicit trade.

The problem with oil theft in Nigeria is a melange of corruption and incompetence. We are unable to account for an estimated production of 2m bpd while, by contrast, Saudi Arabia accounts for every drop of oil it produces. Crude Oil Production in Saudi Arabia averaged 8220.68 BBL/D/1K from 1973 until 2022, reaching an all time high of 12007 BBL/D/1K in April of 2020.

At the unveiling of new Production Sharing Contracts (PSCs) with its partners, Group Chief Executive Officer of the Nigerian National Petroleum Company (NNPCL), Mele Kyari, hinted that while local oil theft had been contained to some extent, there were some international cartels involved in the stealing of Nigeria’s oil.

Kyari said Nigeria was setting in motion a firm mechanism to mark its crude export so that buyers could easily identify stolen crude.

So, here we are, heirs of landowners who are reduced to tenants, descendants of seaside dwellers who must wash their face with spittle, inhabitants of a rich land defined by mind-bending penury. The Independent Corrupt Practices Commission (ICPC) just told us that the 2021 budget was padded by MDAs with N400 billion for duplicated projects and N50 billion for ghost workers.

We know how we arrived at this sorry pass and what we have to do to exit the debtors’ club. Borrowed funds and the irresponsible way we’ve deployed some loans, are surefire ways of ending up badly. Running a budget largely financed with loans without capital provisions?

No wonder, my barber is asking, “Where did all our prosperity go?

‒(Wole Olaoye is a Public Relations consultant and veteran journalist. He can be reached on [email protected], Twitter: @wole_olaoye; Instagram: woleola2021)

The ‘Ember’ Months Are Here Again