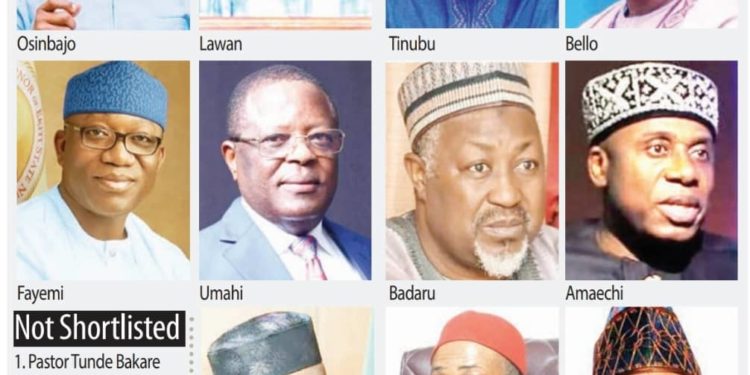 President Muhammadu Buhari would meet with the aspirants on the shortlist of the All Progressives Congress (APC) screening committee at the Presidential Villa in Abuja this (Saturday) evening.

The APC presidential primary is expected to be held on Monday and Tuesday.

“This meeting would give a clearer indication of who the President’s preferred candidate might be,” a Presidency source said on Saturday afternoon. “Remember that the President had appealed to Progressive governors to work with him to choose his successor before he travelled.”

LEADERSHIP exclusively published a list of the 13 of the aspirants on a “safe list”, presented to the party’s chairman Abdullahi Adamu at the party’s national secretariat in Abuja on Friday by the John Odigie-Oyegun screening committee.

The committee said it was necessary to prune the number of aspirants to make the primary manageable, but rejected suggestions that those outside the list stood disqualified.

Two other aspirants, former Minister of the Niger Delta, Godswill Akpabio and Mr. Tein Jack-Rich, were believed to have made the list after the committee submitted its report.

Another Presidency source told our correspondent on Saturday that Buhari, who is expected back from an extraordinary meeting of ECOWAS in Accra, would meet those on the “safe list”, though the invitation may be slightly extended to accommodate a broader number outside the list.

“The Odigie-Oyegun screening committee recommended that the President should meet with those on the “safe list” as soon as he returns,” the source said. “The party, on the other hand, will meet those not shortlisted.”

Twenty- three aspirants, who each paid N100m for nomination and intention of interest forms, were screened on May 30 and 31.