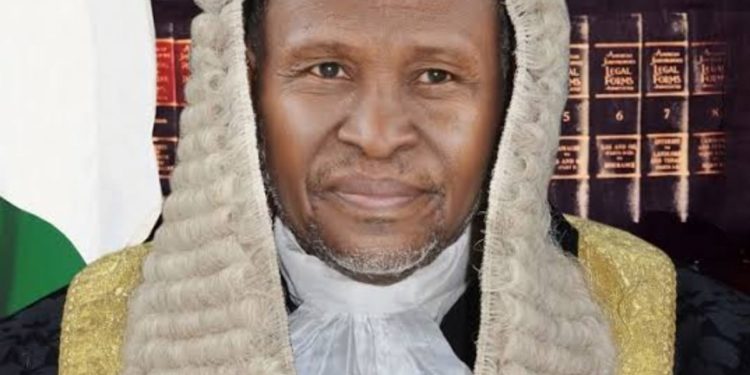 President Muhammadu Buhari, on Monday, praised the immediate-past Chief Justice of Nigeria (CJN), Tanko Muhammad, even as he conferred on him the second highest national honour, Grand Commander of the Order of the Niger (GCON).

The President spoke at the swearing-in ceremony of the 18th Chief Justice of Nigeria, Justice Olukayode Ariwoola, who succeeded Justice Muhammad.

The President urged the Judiciary not to fail Nigerians so as not to lose confidence in them.

Meanwhile, speaking to the State House correspondents after he was sworn-in, Justice Ariwoola assured that he would not fail Nigerians in his new assignment.

The new acting CJN said, “What Nigerians expect from me is to comply, preserve and abide and protect the constitution of the Federal Republic of Nigeria. And so be it. That is what I will do especially with the cooperation of my brother Justices of the Supreme Court. We shall not fail Nigerians.”

Asked about the welfare issues raised in the letter addressed to the former CJN, he said: “It was an internal memo of the court. It was not a petition. It was not a letter. It was addressed by the brother Justices of the Chief Justice and presented to him, His Lordship directly. There were issues to be resolved amongst justices.”

Asked if those issues would be resolved under his leadership, Justice Ariwoola said: “Yeah, we’ve started resolving it.”