... As disbursement stalls 20 years after establishment 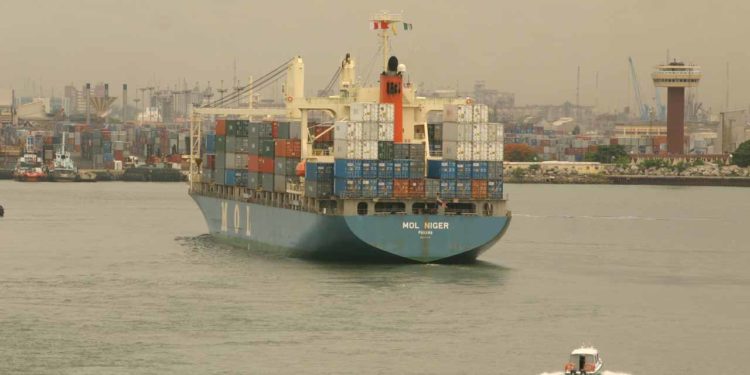 The Cabotage Vessels Finance Fund (CVFF), and intervention fund created for the development of the indigeneous shipping sector has hit N145.2billion ($350million at an official rate of N415/$).

The CVFF, created in 2003 under the Coastal and Inland Shipping Act 2003, is a pool of funds derived from two per cent of every contract awarded under the Cabotage regime, which covers shipping activities within the inland and coastal areas of the country and was designed to enable indigenous shipping lines to acquire vessels to enable them compete with their foreign counterparts.

This is given that the Cabotage Act 2003 provides that all vessels for shipping activities within the inland and coastal shipping must be built in Nigeria, owned and manned by Nigerians. The Act has a waiver clause, which allows the deployment of foreign vessels in case there is no indigenous vessels, among others.

Speaking over the weekend, the minister of state, Transportation, Gbemisola Saraki, who assured indigenous shipowners of disbursement noted that it was rather a shame that no indigenous shipowner has been able to access the fund that was designed to enable them acquire vessels nearly 20 years after.

She however assured that the fund was still intact contrary to speculations in some quarters that it may have been misappropriated, which is suspected to be the primary reason for its non-disbursement after several years of selection, pre-qualification and shortlisting of eligible beneficiaries, none of which is yet to access the revolving loan facility several years after.

On the allegation that the Federal Ministry of Finance at some point directed that the fund should not be disbursed, she noted that it was not about the Finance Ministry, it is rather more of securing approval of the guidelines for the disbursement from the National Assembly, which would be done in no distant time.

“It is really very disheartening that the fund has not been disbursed but we will work with the National Assembly to ensure its disbursement; just watch, it has to be disbursed, especially with the coming on stream of the African Continental Free Trade Area AfCFTA. In the course of this visit, I have also interacted with so many stakeholders including the indigenous ship owners. I know the number of vessels that Nigerians had 10 years ago and I know how many they have now.

“It is really a shame that this fund has not been disbursed, I learnt the value is $350million now and I am not sure any part of it is missing. We will work with the National Assembly to pass the guidelines. It is not really about the Federal Ministry of Finance but I think it is more of the political will to disburse it and I think we have the political will to do so”, the Minister also assured.

Recall that the immediate past minister of Transport, Rotimi Amaechi had sometime in 2020, set up a committee to develop fresh guidelines for the disbursement of the fund. Part of the new guidelines was that only indigenous ship owners, who have contributed to the fund are eligible to access the loan.

The former DG had assured that the agency was in talks with the Central Bank of Nigeria CBN on how to make funds available to operators in the maritime industry, adding that the agency was also working with the supervising ministry, the Federal Ministry of Transport to ensure that the CVFF was disbursed to qualified applicants using a single digit interest rate.