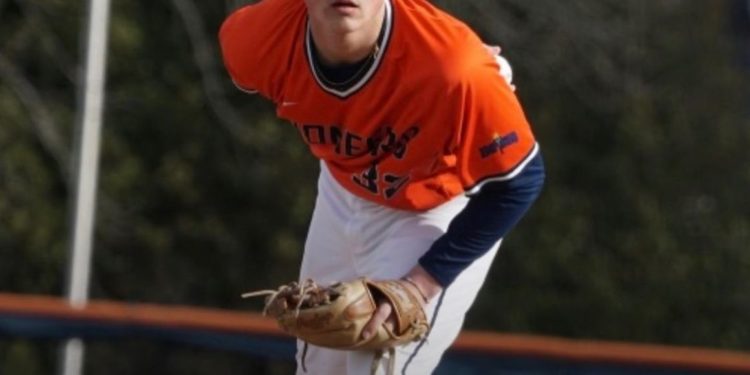 He made the donation in a personal giveback project tagged ‘Liberty Giveback’.

He said the aim of this donation was in celebration of US Independence Day which is every July 4 and also to encourage young kids to turn to sports as a purposeful means of staying away from drugs, gangs, and also as a therapeutic outlet.

Born in Syracuse, New York on February 17, 2003, Chris graduated from Cicero North-Syracuse High School, where he played baseball and volleyball. He then went on to study Health and Wellness at Utica University.

D’Agostino said he made the donation to encourage kids to start taking sports seriously early, not just as a career option but also as a recreational activity for maintaining good physical health.

“Growing up as a teenager, I was overweight, playing sports helped me manage my weight and also kept me away from drugs and gangs. It was also a way of releasing pent up emotions too, because I got teased a lot for my weight and if it wasn’t for baseball, I would have gotten into a lot of fights.

“I want to provide the same outlet for kids in my high school so they can learn early the power of teamwork and being part of a group of like minded people,” Chris added.

Some of the materials donated included training kits made up of Jerseys, Helmets/protective gear, Bats, Trainers and Sneakers, Balls, etc.

He also donated time to teach the kids some basic baseball batting tips and techniques.

Chris, who himself plays college baseball said sports helped him through the toughest of times as a kid growing up.

“I’m passionate about the growth of young people, so I try to be an example every time in any way I can,” he reiterated.

According to D’Agostino, helping the kids acquire and develop their sporting skills was a great way to ward off depression and also keep their minds busy and sharp while keeping them off the streets.

“Playing sports helped keep me grounded and some of my happiest memories as a kid were around sports and baseball and so my hope is that this donation will do the same for these kids,” Chris stated.

No One Can Claim Buhari’s 2015 Electoral Victory, Presidency Replies Tinubu