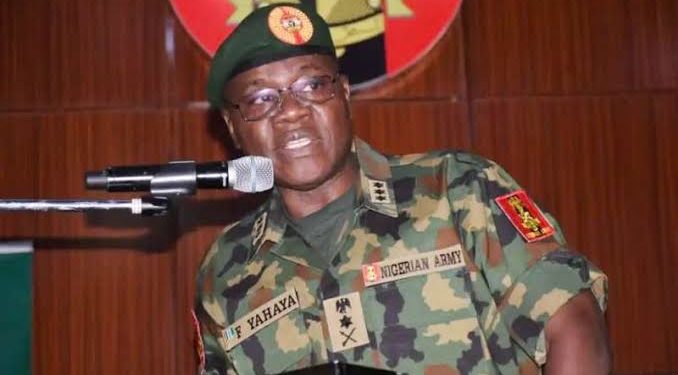 The Chief of Army Staff Lieutenant General Farouk Yahaya has charged commanders to evolve workable solutions to tackle the myriad of security challenges confronting the nation.

General Yahaya tasked the commanders to be professional in the discharge of their duties.

The COAS who were represented by the Corps Commander, Infantry, Major General Victor Ezeugwu tasked them to evolve tactical and non-tactical means to tackle contemporary security challenges.

Earlier, the Chief of Training, Army, Maj- Gen. Abdulsalami Ibrahim, stated that the seminar offers the opportunity to drive home the cardinal pillars of the COAS vision.

He added that for success to be made in such an environment, senior leadership must be dynamic in its thinking.

The seminar has as its theme, “Building the Capacity of the Nigerian Army to meet Contemporary Security Challenges in a Joint Environment: The Role of Senior Leadership.”

He said the seminar will equip senior commanders with the skills set to preserve the image of the Nigerian Army in an increasingly complex operating environment.