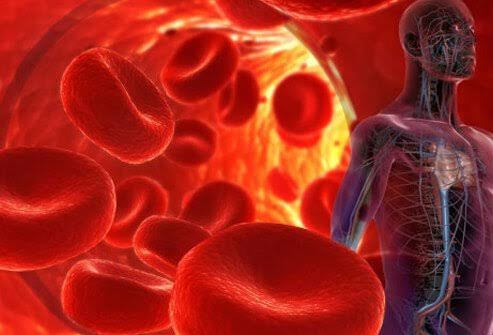 High blood Pressure or hypertension, which was hitherto rare and regarded as disease for the aged, is increasily becoming a problem among young people in Nigeria, LEADERSHIP checks revealed.

Further checks by LEADERSHIP revealed that a large percentage of patients that go to the hospital for different health problems are discovered to have high blood pressure.

Most of these patients are not even aware of their blood pressure, they only get to find out when they visit the hospital for a different health problem.

During a visit to one of the general hospitals in Abuja, our correspondent witnessed a situation where a middle aged woman, who came to the hospital for eye problem, in the cause of taking her vital before seeing a doctor, discovered that her blood pressure was  250/150. And she was told by the doctor that the high blood pressure could actually be the cause of her eye problem.

A nurse in the hospital, who spoke on

condition of anonymity,  said such situations happen all the time and it shows that Nigerians do not have health seeking behaviour. They only go to the hospital when they are down with sickness.

According to the World Health Organisation (WHO), “Normal blood pressure in adults is measured by millimetres of mercury (mmHg) and is recorded in two numbers. The first is the systolic blood pressure (the highest pressure in blood vessels), which is the pressure when the heart contracts. It ideally ranges between 115 and 120 mmHg.

Meanwhile,  in an exclusive interview, a Consultant Family Physician, University of Abuja Teaching Hospital, Dr.  Chira Obiora, said the current rise in hypertension among the younger generation is largely due to lifestyle changes.

“the lifestyle of the youths have changed. Its not like how our fathers use to when they were younger. Youths are now living syndentary lifestyle; indulging in things that affect their kidneys. For example, taking excessive alcohol, substance abuse. These are some of the things that can also lead to high blood pressure.

“Food intake also; some of them now take foods that contain a lot of salt (sodium chloride) based on eating junks. These are indicated in blood pressure because the kidney cannot handle that.

“Also,  some other diseases are also coming higher  in the lives of the younger ones like the renal diseases and the rest of them. Some are now coning down with sugar handling diseases like diabetes, and diabetes goes hand in hand with hypertension. These are some of the things that lead to or contribute to having high prevalence of hypertension among younger age in Nigeria. ”

On the way out, Obiora identified changing of  lifestyle, regular checking of  blood pressure, regular activities and dietary modification as key.

The physician noted that time has past  when people  bellow 30 or 40 years will feel they don’t have business with checking of BP, while urging that blood pressure should be checked as regular as possible.

He informed that there is a new development in hypertension called MISSED now, he explained that MISSED  is a very dangerous hypertension where the blood pressure will appear normal in the hospital whereas the person’s blood pressure is actually not normal.

This development, Obiora said has encouraged the call for people to get blood pressure monitoring apparatus at home so that they can check regularly.

“We should make it mandatory to check our blood pressure regularly. At least twice a month. By checking,  there will be a lot of consciousness and some of these problems can be picked when they are still coming up.

” For us to change our lifestyle, improve on our activities and food intake; dietary modification, reduce use of salt, eat more of food that are low in carbohydrate and reduce cholesterol intake.  For instance,  the cholesterol in egg is enormous and your body need just 300miligram of cholesterol a day, when you fill up the body need with egg, then with  cholesterol from other things like meat and others,   you will always be having excess of cholesterol and these are some of the risk factors resulting in hypertension, ” he explained.

Also, the former President of the Nigeria Medical Association (NMA), Prof. Mike Ogirima, told our correspondent that there are different things that are related to high blood pressure.

According to him, most high blood pressure are in the group of essential, where there is no cause, adding that there are some causes which are modifiable and others non- modifiable.

He said “Among the modifiable causes is being a male gender – male tend to have more chances of developing hypertension. The second is age and the third is personality. These are non- modifiable factors.  The modifiable include way of life,  obesity, stress and recently drugs and alcohol have a lot of effect on blood pressure.”

On the way out,  Ogirima called for increased awareness and advised that anybody from age 18 should check their blood pressure every six months.

On the cost of hypertension medication, the Chairman, FCT chapter of the Pharmaceatical Society of Nigeria (PSN),  Pharm. Jelili Kilani, said there are cheap and costly drugs; the branded ones are costly while the generic ones are cheap.

Kilani, who is the Head of Pharmacy Department, National Hospital Abuja, said  “It depends on somebody’s financial power. It doesn’t mean that the branded ones are better but they actually work better but there are also alot of  generic that  are also effective.

According to him, What affects the way the drugs work too is good compliance. When people follow the rules and issue of lifestyle actually affects the efficacy of the drug.

“It depends on the number of drugs one is taking,  if the BP is properly managed, a person can be on one drug but if is getting out of control. The person night be placed on two or three or even four different drugs, but for it to develop into using two or three drugs,  one actually has to follow the instructions.”