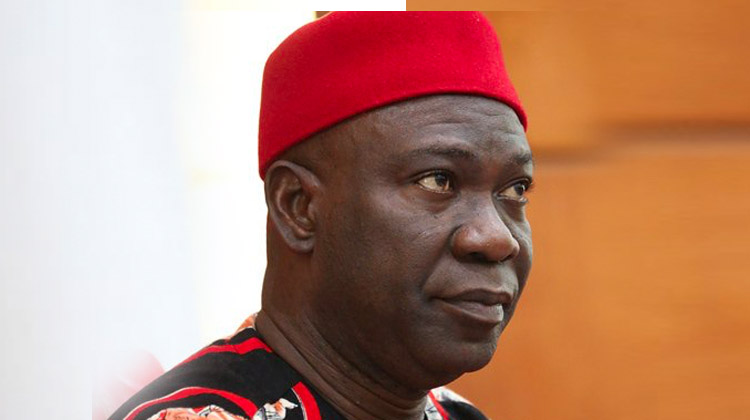 A Federal High Court in Abuja, has sat aside an interim forfeiture order of 40 landed properties granted against the former Deputy Senate President, Senator Ike Ekweremadu

Justice Inyang Ekwo vacated the order following a discovery that the Forfeiture Order was fraudulently obtained by the government against the properties.

The Judge while lifting the order held that the Economic and Financial Crimes Commission (EFCC), which obtained the order concealed information that led to granting it.

Justice Ekwo said EFCC which was fully aware that Ekweremadu was in lawful custody in the United Kingdom failed to make the vital information available to court.

With his detention in London, the Judge agreed with Chief Adegboyega Awomolo SAN, counsel to Ekweremadu that there was no way the former Deputy Senate President would be opportuned to defend his ownership of the disputed properties.

Justice Ekwo had on November 4 last year issued the interim Forfeiture Order in favour of the Federal Government following an ex-parte application brought before him by EFCC.

The Judge specifically directed that anybody who had interest in the forfeited properties should indicate within 14 days of the publication of the interim forfeiture order from the court.

The former Deputy Senate President and his wife are currently standing trial in the United Kingdom over an alleged organ harvesting and trafficking.