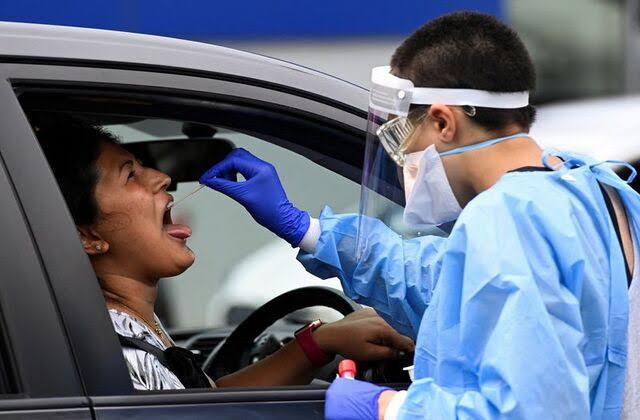 Chinese are turning to social media influencers and celebrities for tips about treating COVID-19 after the country’s whipsaw reversal in virus strategy undermined trust in government advice and health officials.

China’s rapid dismantling of pandemic restrictions over a matter of weeks at the end of last year led to a quick surge in infections, with COVID-19 spreading through cities and towns that have had little experience with the virus until now. With the government hastily retreating, people are increasingly looking to social media for answers, resulting in a corresponding increase in misinformation and even dangerous advice.

Search queries about treating common COVID-19 maladies, from whether the XBB sub-variant causes diarrhea to how best to treat pneumonia, throw up a raft of responses on the Chinese internet: adopt a vegan diet, take multiple antibodies, or even ways to buy illegal enzymes from online celebrities.

Throughout the pandemic, people in many countries — particularly those where the government’s approach to the virus was questioned or was ineffective — also turned to untested remedies and online advice.

The U.S. craze for ivermectin, which is primarily approved to treat diseases caused by parasites in livestock and humans, is a prime example.

What makes China’s rush different is that it’s being accompanied by corresponding backlash against the government.

News stories and social media posts on COVID-19 advice from Chinese health officials are being regularly lambasted with comments questioning their credibility, after many went from warning about the dangers of COVID-19 to downplaying its seriousness within mere weeks, as policy completely shifted away from the stringent “zero-COVID” approach.

The push back has become so strong that the slogan “we advise experts to stop giving advice” was one of the top trending topics on Chinese social media platform Weibo earlier this month.

The result is that some Chinese are increasingly relying on influencers and others online who lack medical expertise for advice on how to treat or not contract the virus. A Weibo search for “preventing COVID” points people to nasal irrigation and angong niuhuang pills — traditional Chinese medicine typically used for strokes that’s made of cattle gallstones and buffalo horns, and contains arsenic and mercury.

Sculptures are displayed during Lunar New Year holidays in the Tsim Sha Tsui district of Hong Kong on Monday. | BLOOMBERG

The lack of accurate, accessible health information has already led to at least one tragedy. China has seen widespread shortages of fever medications like ibuprofen since its reopening wave took hold. Unable to find such drugs, one family of four in Inner Mongolia, a region in China’s north, ingested veterinary medicine to treat COVID-19 in mid-December. Their two children ended up with major liver damage.

“If the credibility of public experts were to be repeatedly undermined in future high-profile incidents, then I think it’d be difficult to regain confidence,” he said.

China has used its almost total control of domestic media and the internet within its “Great Firewall” to validate the nation’s abrupt shift from quashing all COVID-19 cases to letting the virus loose.

Officials have refuted claims the about-turn was triggered by damage to the economy and protests against zero-COVID, saying it was all part of the wider plan. Censors have vowed to curb online speculation about COVID over the Lunar New Year holiday, an apparent effort to prevent further anger and confusion over Beijing’s reversal on its virus policy.

Yet the shift in rhetoric was so pronounced in some cases, it couldn’t go unnoticed. One top medical official, Zhong Nanshan, went from claiming the more contagious omicron variant validated China’s zero-tolerance approach to COVID-19, to saying the strain caused little more than a “cold.”