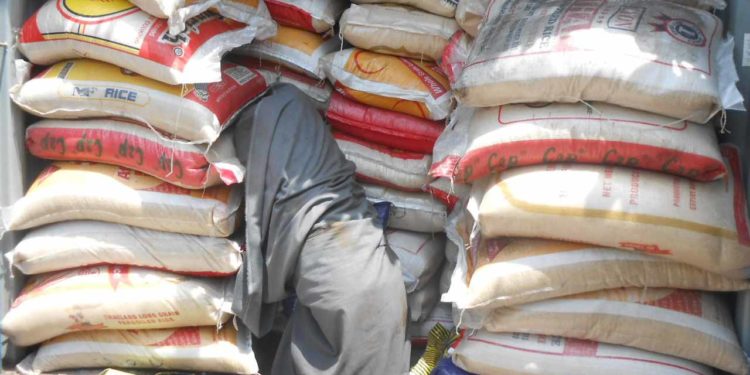 Operatives of the Nigeria Customs Service, Federal Operations Unit, Zone ‘D’, have seized contraband from January to June, 2022 between January and June, 2022.

The comptroller of FOU, Adesanmi Omiye, who disclosed this at a press conference yesterday at the zonal headquarters in Bauchi, said the seizures were made because of the commitment and determination of operatives of the zone.

He said some of the items seized within the zone under the period under review include 605 bags of 50kg foreign parboiled rice, seven used vehicles which were used as means of conveyance of the contraband, 54 bales of second-hand clothes and 215 cartons of foreign soap.

Omiye said, “I welcome you to this briefing of the recent anti-smuggling activities to showcase our operational monumental achievements in the Zone. I am glad to inform you that the unit’s concerted efforts in suppression of smuggling activities have continued to yield good result despite the insurgency in some parts of the zone, the operatives of the Unit apart from blocking and suppressing smuggling within the Zone have made the following seizures:

“Others are 102 pieces of dried Donkey skin, Sixty-nine (69) sacks of foreign used shoe, One hundred and fifty (150) Jerry cans of petroleum product -20 litres each (engine oil) and 20 jerry cans of PMS – 25 litres each and 50 cartons of Ringer Lactates (drugs).

He said the action of the Nigeria Customs operatives was in line with the provision of section 8 and 158 (power to patrol freely) and of Customs and Excise Management Act (CEMA) Cap C45 Laws of the Federation Republic of Nigeria 2004 as amended.

The zonal comptroller said the three suspects arrested within the period in connection with the seizures were released on bail.