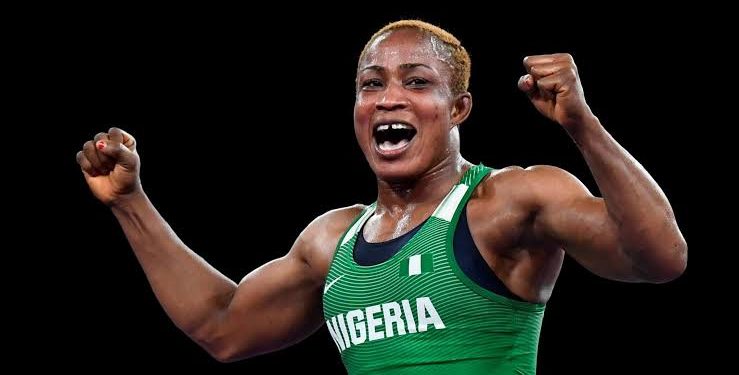 Blessing Oborududu has won Gold in wrestling at the Commonwealth Games in Birmingham to retain the title she won four years ago in Gold Coast.

She has now joined Odunayo Adekuoroye in winning more than one Commonwealth Games Gold medals.

The 2018 Commonwealth champion defeated her opponent 6-4 in the final to successfully defend the crown she won in Gold Coast four years ago.

En route to the final, the reigning African champion defeated Canada’s Hannah Taylor in the semis in a swashbuckling 10-0 victory.

The win further increases Nigeria’s gold medals so far to six, with more medals still in the offing for the nation.