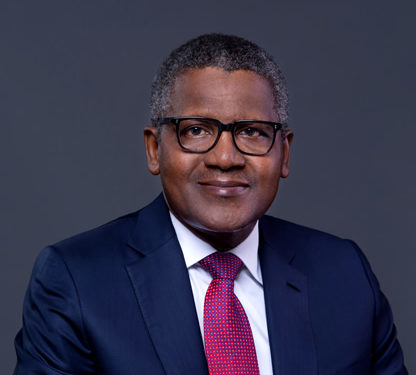 Chief executive officer of Dangote Cement Plc, Michel Puchercos, has revealed that the company is ramping up production in its Okpella plant, Nigeria and progressing well to deploy grinding plants in Ghana and Cote d’Ivoire.

This is in a bid to ensure that Cement becomes available in all African countries,

In the same vein, the Cement Plant yesterday announced, for the second quarter of 2022, a group revenue of N808 billion for the half year ended June 31, 2022, even as winners have started to emerge from the ongoing bag of goodies season 3 promo.

According to the cement company’s results released on the Nigerian Exchange (NGX), revenue rose by 17 percent, compared to N690.55 billion recorded in 2021. Dangote Cement reported group sales volume of 14.2Mt, consisting of 9.3 Mt done by Nigerian operations while the balance was contributed by operations in other African countries.

Speaking on the results, Puchercos, said: “despite the elevated inflation due to a very volatile global environment, the first half of 2022 has been positive. We recorded increases in revenue and EBITDA that drove strong cash generation across the Group.

He explained that significant increase in energy and AGO costs are impacting negatively on production and supply of cement products, adding that, “to drive consumer engagement and support demand ahead of the rainy season; we have commenced the third season of our National Consumer Promotion, ‘Bag of Goodies 3’. On the operational side, we are ramping up production at our Okpella plant and are progressing well to deploy grinding plants in Ghana and Cote d’Ivoire.”

“Our continuous focus on efficiency, meeting market demand and maintaining our costs leadership drives our ability to consistently deliver superior profitability and value to all shareholders” he added.

7 Incredible Health Benefits Of Strawberries And Why You Should Eat More... Click Here For Details
Tags: Dangote
SendShareTweetShare
Previous Post