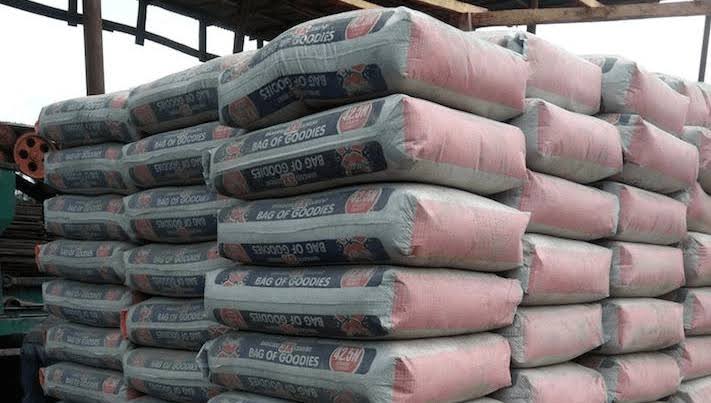 A major player in sugar and cement production, Dangote Industries Limited has dominated the sector over the years.

In the same vein, two subsidiaries of the Conglomerate, Dangote Cement Plc and Dangote Sugar Refinery Plc also received awards of the renowned Marketing Edge magazine’s Brands of the Decade.

While the EMEA awards were given by the Nigeria’s Daily Independent Newspaper and its BusinessDay Ghana counterpart, the Brand of the Decade for Dangote Group subsidiaries were received at the 10th edition of the leading brand magazine, Marketing Edge’s 2022 Summit and Award Night themed ‘Technological explosion in the digital Age – Imperatives for the marketing communications industry’, which held in Lagos.

It was a gale of accolades as the Dangote brand was named number one brand by all standards with its Sugar and Cement brands as the two brands, which company has contributed tremendously to the infrastructure development not only in Nigeria but Africa in the last 10 years.

Speaking at the event, publisher/CEO of Marketing Edge Publications, Mr. John Ajayi, described this year’s awards as one with a special attraction and uniqueness, designed to reboot, restart and re-energise the social, intellectual and entrepreneurial landscape of the Nigerian Integrated Marketing Communication (IMC).

While eulogising the management of Dangote Group for the business strategy that has helped in positioning the brand well ahead of others in the industry, he explained that the award event was organised to celebrate the best and brightest brands.

According to him, the awards to Dangote brands are in recognition of its leadership and domination in the various market segments and categories. The recognised brands are brands that continue to make the Nigerian consumers happy and satisfied.

The Marketing Edge publisher, while giving the business trajectory of the past 19 years, saluted the various winners and their managements for their roles in making Nigeria proud, citing an instance of how Dangote Cement and Dangote Sugar have made Nigeria self-sufficient in cement and sugar production.

In his response to the new awards, Group chief, branding & communications officer, Dangote Industries Limited (DIL), Mr. Anthony Chiejina, said the Group’s brand remains at the forefront of African enterprise and that the brand, since inception, has touched the lives of many by providing their basic needs.

Expressing gratitude to the management of Marketing Edge publications for the recognition, Chiejina explained that “consumers are loyal to brands that are purposeful and that is why we have designed a strategy that creates that purpose’.

“Because we understand the power of brands, we have positioned all our businesses to be consumer-centric so that it can inspire millions of people behind it.”

Dangote Cement, the most capitalised quoted cement company on the Nigerian Exchange, has consistently grown its turnover on strong sales. The board of Dangote Cement recently presented its unaudited financials for the half-year ended June 30, 2022, with a growth of 17.01 per cent in sales revenue within the period.

According to the result, revenue for the period stood at N808.037 billion in the first half of the year 2022, up by N117.493 billion from N690.545 billion. Dangote Cement reported group sales volume of 14.2Mt, consisting of 9.3 Mt done by Nigerian operations while the balance was contributed by operations in other African countries.

In a bid to ensure that Cement becomes available in all African countries, chief executive officer of Dangote Cement, Michel Puchercos, revealed that the company is ramping up production in its Okpella plant, Nigeria and progressing well to deploy grinding plants in Ghana and Cote d’Ivoire.

“Our continuous focus on efficiency, meeting market demand and maintaining our costs leadership drives our ability to consistently deliver superior profitability and value to all shareholders,” he added.

On the Sugar Refinery subsidiary, its chairman, Aliko Dangote, said the goal of Dangote Sugar Backward Integration Projects Master plan remains the achievement of 1.5 million MT annually from locally grown sugarcane in support of the quest for sugar sufficiency in the country by the federal government of Nigeria.

He stated that this will be achieved in addition to the extended value chain benefits that will be derived from the projects including thousands of jobs that will be generated in the sector from these projects.

He assured of the company’s commitment to the achievement of Sugar Backward integration projects, which is the future of the industry in Nigeria, saying this will keep us on our sustained growth path and we will continue to deliver and improve our quality service while delivering value to all stakeholders.

The key focus is of the sugar refiner is achievement of the Dangote Sugar Backward Integration Projects targets and put Nigeria on the path of sugar self-sufficiency and the world sugar map.