This article by MARK ITSIBOR, analyses the outcome of CBN’s Monetary Policy Committee meeting of last week, with a focus on the deciding factors and concludes that rates hike was the best option at this time to save the naira and the economy from collapse. 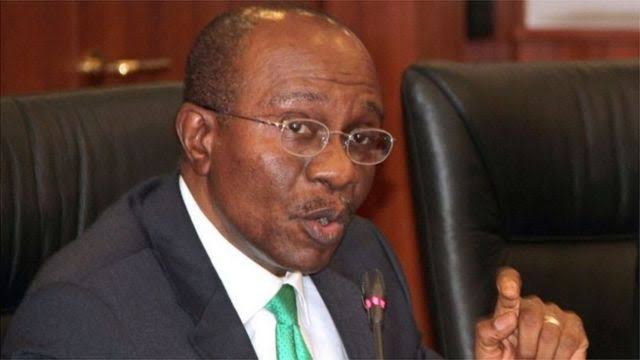 It was a tough and difficult decision but one that was extremely expedient to reign in the nation’s runaway or galloping inflation, prevent a further devaluation of the naira and make the economy more resilient. By the time the Monetary Policy Committee of the Central Bank of Nigeria (CBN) came up with its decisions last week, it elicited mixed reactions from economic and investment experts. The bank took a two-pronged approach to effectively mop liquidity out of the vaults of the nation’s deposit money banks by unanimously voting to raise the Monetary Policy Rate (MPR) and the Cash Reserve Requirement (CRR).

While some said it was expected, others who felt a further hike in the rates will spell bearish for obligors and dampen economic growth, were taken by surprise. But for the committee, given the primacy of its price and monetary stability mandate, it was advantageous that significant focus must be given to taming inflation. The monetary authorities rightly believe that a hold or loosening was not to be considered as that could erase the gains of previous two consecutive tightening this year alone.

By the time the CBN governor Godwin Emefiele read out the committee’s communiques and substantiated the decision with further explanations, not a few were convinced that the decision to raise the monetary interest rate by 150 basis points – from 14 per cent to 15.5 per cent was in the interest of the economy.

Justification in the decision.

The hike in energy prices, such as rising price of Automotive Gas Oil (AGO), hike in electricity tariff, as well as the perennial scarcity of Premium Motor Spirit (PMS) contributed significantly to the building of expectations, thus pushing up the cost of transportation and production.

Other contributory factors include: the broad-based insecurity across the country, which continue to dampen production activities; legacy structural factors such as the inadequate state of critical infrastructure; high cost of importation of essential grains, such as wheat; and increased demand for money associated with the forthcoming electoral campaign season.

The ongoing monetary policy tightening by the US Federal Reserve Bank is also putting upward pressure on local currencies across the world, with pass-through to domestic prices, as investors exit these economies to seek higher yields in US dollar denominated fixed income securities.

Obviously, the point the monetary authorities are trying to make now is to make cost of funds expensive. That is because within the banking system, there is a lot of funds standing idle. And that is so because there are no products to create in terms of lending channels. The bank’s director, monetary policy department, Hassan Mahmud said “and that’s why we are increasing CRR and doing special bills all aimed to mop up that money.” According to official documents, the huge balances – liquidity in the banking industry – are not going out.

In the eyes of the MPC, a tight policy stance will help consolidate the impact of the last two policy rate hikes, which is already reflecting in the slowing growth rate of money supply in the economy. It also felt that an aggressive rate hike would slow capital outflows and likely attract capital inflows and appreciate the naira.

The committee was therefore of the view that a hold or loosen option was not in consideration at this meeting. This is also because a loosening will further widen the negative real interest rate gap and worsen the financial market conditions, as savings mobilisation and investment inflows would decline further. It was also of the view that with the aggressive policy normalization in Advance economies, loosening the stance of policy would result in a sharp depreciation of exchange rate, leading to further hike in capital outflows.

As regards a hold decision, this would mean a continuous deterioration in real earnings of fixed income earners and the livelihood of middle- and low-income households.

On the domestic front, available data on key macroeconomic variables indicate that output growth will continue for the rest of 2022, however, at a much-subdued pace.  Some of these domestic shocks include: the high level of insecurity currently disrupting the free flow of economic activities; heightened sovereign risk as the 2023 general elections approach; continued upward pressure on inflation, driven by exchange rate pressures amongst other domestic factors. In addition, domestic price development is expected to maintain the current upward trend in light of the build-up of increased spending and demand for money, as the 2023 general elections approach. Accordingly, the Nigerian economy is forecast to grow in 2022 by 3.52 per cent (CBN), 4.20 per cent (FGN) and 3.40 per cent (IMF).

There have been concerns that the apex bank’s lending to the federal government through its Ways and Means was also a contributor to the soaring inflation figure. The bank acknowledged that financing of government is a major issue. Mindful of that, the bank said it has taken a decision to soft-pedal on that as part of efforts to tame inflation. Dr Mahmud confirmed that in a post-MPC briefing last week to journalists when he said “We are also very mindful of this and we are making sure this is moderated because it is also fueling the liquidity surface that we have within the system.”

Slows down on intervention programme

The CBN is using monetary and development finance tools to bring Nigeria’s inflation under country. For instance, at the post-MPC briefing last week, its director in charge of development finance department, Philip Yila Yusuf disclosed that the central bank has opt for a slowed down on loan approval under its intervention programmes, after the MPC warned that the funds may be fueling inflation, except for some priority sectors.

“We’ve slowed down on our interventions. Only interventions that are very, very critical… MSMEs that are statutory,” Dr Yusuf said, adding that it was possible to continue MSMEs financing because the funds are taken from 5 percent of every deposit money banks’ profit after tax. It’s not a lot. Apart from that, the CBN is still supporting the electricity sector which is also a very critical sector of the economy. The bank currently supports capital items, base stations and a couple of others. “Those are the ones we deemed critical. Indeed, the interventions have slowed as at yesterday,” he stated.

Indeed, the decision is a bitter-sweet one that has mutual benefits for all concerned. CBN’s director, banking supervision, Haruna Mustapha came in with the news for bank depositors. He announced that a new interest rate on savings has been approved for bank depositors and circular issued to the industry based on current realities. According to him, interest rate on savings is now pegged at 30 percent of Monetary Policy Rate (MPR). That was a big one.

In the wake of COVID-19 outbreak, the CBN had reduced the interest rate on savings from 30 percent to 10 percent of the MPR. “Now, in the prevailing situation, we reverted to the old rate,” Dr Mustapha said. The effective date is this September. He said a number of the banks have started implementing the policy.

Although the increase in the rates has multifaceted positives for the economy and future investment climate, it would have some downside challenges for bank debtors, while positively affecting the balance sheet of the commercial banks. In terms of the impact on bank loans and income, clearly it will have an impact but it’s going to be a bitter-sweet experience.

By the rates hike, banks are expected to re-price their loans. That means interest on bank loans will definitely go up, which will in turn positively affect their balance sheets. On the other hand, obligors (bank customers) will be at the receiving end of the hiking cost of loans. “Ultimately we want to rein in inflation,” Mustapha said.

With the raise in CRR, the bank were directed to fund their accounts with the apex bank within two days (last Wednesday and Thursday) to enable CBN meet the new liquid asset requirement or face severe sanctions that include disqualification from foreign exchange market. No update was given as to how many banks that have met the requirement as the time of this analysis yesterday.

Mr Emefiele didn’t mince words when he said last week that: We expect that this decision at this meeting must be seen to be potent. It must achieve the effect that the MPC thinks it should achieve. What it means is that we expect that all the banks in Nigeria must fund their accounts by Thursday (48 hours) because we will debit them for CRR. We will take their CRR to a minimum of 32.5 percent. Which means we are going to take liquidity out of their vaults by Thursday.

“If any bank fails to meet up with this expectation, the decision of the MPC is that we may need to preclude those banks from foreign exchange market on Friday and onward until they meet this 32.5 percent.”

However, the MPC has expressed optimism on the economy’s recovery in the short to medium term in view of the unwavering support by both the monetary and fiscal authorities in Nigeria.

Based on the many anticipated benefits of the new decisions, one can safely conclude that the rates hike was the best option at this time to save the naira and the economy from collapse.