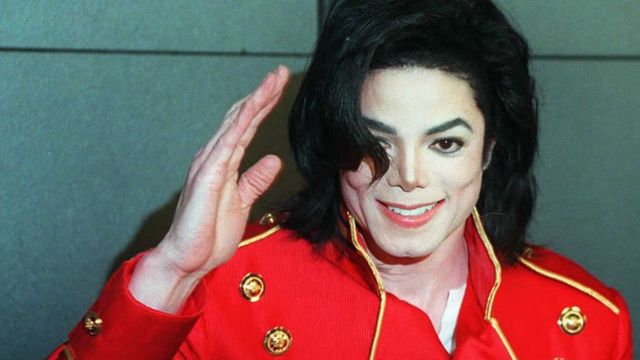 “HERE I AM” at the 13th anniversary of your death. It is hard to believe that June 25th marked 13 years since you left us. Whenever I “REMEMBER THE TIME” I heard the “NEWSFLASH” on the “NITE-LINE” that your life was “ON THE LINE,” I prayed for your soul not to “FLY AWAY.” It was a “HEARTBREAKER” because by the “BREAK OF DAWN” when I learnt that you weren’t “GOING BACK TO INDIANA” but that you were no more with us “IN THE FLESH,” I felt as if I was “EATEN ALIVE.” I felt that “THERE MUST BE MORE TO LIFE THAN THIS” pain of losing you. Your death made me “SPEECHLESS” and made me “CRY;” I had to “STOP” and ask friends to “TELL ME I’M NOT DREAMING;” for Michael at the prime age of 50, you had “GONE TOO SOON.”

There just “AIN’T NO SUNSHINE” without you, there’s just no one else that could “BOOGIE ON DOWN” and gives us “BUTTERFLIES” the way you do. As sure as “ABC,” for any Tom, Dick, Harry, “BEN” or “JOHNNY RAVEN” who grew up anytime between 1970 and 2000, you were part of our “CHILDHOOD,” even if it was just for “ONE DAY IN YOUR LIFE.” Whether we liked you or not, whether we saw the man “BEHIND THE MASK,” in life as in death, you remain an object of fascination, you remain “INVINCIBLE” not only for the “SUPERFLY SISTER,” “CIRCUS GIRL,” “ROCKING ROBIN,” “TABLOID JUNKIE” or even the “STREET WALKER.” From your “HAPPY” contributions to the “HOT STREET” of entertainment, to your “UNCONVENTIONAL” private life, most of us have our memory of you made palpable every time one becomes a “DANCING MACHINE” to “GET ON THE FLOOR” to “JAM” to your music till the “BREAK OF DAWN.”

“WHATEVER HAPPENS,” the world of entertainment will never “COME TOGETHER” and “SHOO-BE-DOO-BE-DOO-DA-DAY” the way you made it. Never “AGAIN” will we have the kind of “SPEED DEMON” that could “BURN THE DISCO OUT” on the dance floor like you did; never again will there “BE A LION” of the ineradicable and “MORPHINE” talent that you were. They say some “PEOPLE MAKE THE WORLD GO ROUND;” you certainly did Michael because yours was the “GREATEST SHOW ON EARTH.” When we hear your beat, we don’t need to ask “WHO IS IT?” When you sing, it’s as if “WE’VE GOT FOREVER.”

Your “HIStory” began when your “MOTHER” gave birth to nine children in a family of talented and creative artists. From the very beginning there was “SOMETHING ABOUT YOU ‘BABY” Michael’ and your star shone brightly with “MONEY” and fame beckoning. You undoubtedly took all “THE LOVE YOU SAVE” because by the age of five, you were belting out a string of No. 1 hits and everybody was wanting to “ROCK WITH YOU.” As you “EASE ON DOWN THE ROAD” to stardom you proceeded to “ROCK MY WORLD.” Your voice was the “MORNING GLOW;” your lyrics made us believe in “A BRAND-NEW DAY,” your “MELODIE” gave us “THE HAPPIEST DAYS OF OUR LIVES” and your dance moves were just literally “OFF THE WALL.” You were phenomenal, electrifying and marvelous. The talent you exhibited was so epic that it was only “HUMAN NATURE” for you to be “COMFORTABLY NUMB” and unable to thrive as normal men do. Your controversies were a far “CRY” from the days when you were a “P.Y.T (PRETTY YOUNG THING),” who made millions “SHOUT,” “SCREAM” and jump “UP AGAIN” with joy. You gave us hits that could have easily been regarded as the ultimate “EARTH SONG.” “2 BAD” you lost your “PRIVACY” to “THE THIN ICE” of the media but your personal life also took a strange turn. Never mind the fact that you jilted “BILLIE JEAN,” your face and your lifestyle spelt “TROUBLE” and “THREATENED” your popularity. You appeared to be “STRANGER IN MOSCOW” than a conventional pop star when you travelled there to have a few face lifts.

At that point I didn’t “GET IT” Michael, I thought “WHATZUPWITU” man? I no longer knew if you were “BLACK OR WHITE” when you transformed yourself from big Mike to “LITTLE SUZIE”. You looked like you “WERE ALMOST THERE”, but not quite; because you resembled “SOMEONE IN THE DARK”; like “ANOTHER BRICK IN THE WALL” of weirdness. To honestly “SAY, SAY, SAY” that before your death you looked like a voodoo-death-god “WAITING FOR THE WORMS” on the “CAROUSEL” is implying the subtlest of innuendos to someone rather thick; somewhat like saying Charles Taylor fought his war like a “LIBERIAN GIRL.” Before your “FAREWELL, MY SUMMER LOVE,” you didn’t look like the man who urged us to “HEAL THE WORLD,” you looked gaunt and ashen, much like the “GHOSTS” in the thriller video. You looked like a man that was “SCARED OF THE MOON” or one who had been electrocuted by “2000 WATTS.” Your eccentric conduct made me confused; and yet despite this, my admiration for you was “UNBREAKABLE.”  Even now that you are gone, even now that “YOU ARE THERE” and not here, “I CAN’T HELP IT,”every time I hear you sing, you “TAKE ME BACK” to “THE WAY YOU MAKE ME FEEL” when I first heard the Jackson 5 album.

No longer looking like a “MAN IN THE MIRROR,” you hoped to “KEEP THE FAITH” in your Never-land Ranch because it kept you in touch with the child within. After you said “SHE’S OUT OF MY LIFE” to your first wife Lisa Marie and said “THE GIRL IS MINE” to your nurse Debbie Rowe, you went on to say “BABY BE MINE” when you had three beautiful babies. If I thought that the saga in your life was “OUTSIDE THE WALL” of normality or that your problem was that you were still “IN THE CLOSET,” I hadn’t seen anything till the 2003 documentary that featured you as “THE WIZARD” who did “MONKEY BUSINESS” with young boys like they were your “GIRLFRIEND.”Like a perverted “SUNSET DRIVER” or your proverbial “DIRTY DIANA,” you saw nothing wrong with sleeping in the same bed with underage boys. Unfortunately for you, many thought this incongruity was “LOVE GONE BAD” for the poor “LOST CHILDREN.” You were prosecuted for preying on vulnerable young boys, “TOO YOUNG” for you to urge them to “GIVE INTO ME”. You demanded for your adversaries to tell you, “WHY YOU WANNA TRIP ON ME?” You asked all your fans; “WILL YOU BE THERE” for me?” I know that you wondered, “IS THERE ANYBODY OUT THERE;” please “DON’T LEAVE ME NOW,” “DON’T WALK AWAY” and abandon me”. However, just when I thought “YOU CAN’T WIN” Michael, at “THE TRIAL,” your exceptional defence team insisted that all the people that “WANNA BE STARTIN’ SOMETHING” by accusing you of being a “DANGEROUS,” child-raping “SMOOTH CRIMINAL” should “BEAT IT” and be ready to “RUN LIKE HELL.” After you saw the child molestation cases “FLY AWAY” when the judge ruled the boys were “JUST GOOD FRIENDS” to you, you pleaded with the public to “LEAVE ME ALONE” since your kindness was treated like “BLOOD ON THE DANCEFLOOR.” Was it scary then, “IS IT SCARY” now?

The one thing I knew about the people who wrongly accused you was that “THEY DON’T REALLY CARE ABOUT US” fans the world over. They said you were a “CHEATER” and you were “BAD,” they wanted you to “FALL AGAIN” but in “OUR SMALL WAY” and “IN THE BACK” of our minds, we knew you struggled to make the world a better place by reaching one person at a time with your music. We knew you were kind, gracious, generous, compassionate and burdened. We knew you felt like you had “GOT TO BE THERE” for those who were downtrodden and “YOU WERE THERE”for them. You must have had “LONELY TEARDROPS” at their false accusations and lies before you said “GOODBYE CRUEL WORLD.” But “HEY YOU;” don’t worry because “WHAT GOES AROUND COMES AROUND.” There is a saying that “EVERYBODY’S SOMEBODY’S FOOL;” you certainly were nobody’s fool Michael.

“THIS TIME AROUND” everyone will agree that despite your battered reputation, amidst all the things you were and “ALL THE THINGS YOU ARE,” your gift was unparalleled. “THE FEELING THAT WE HAVE” when we hear you sing is rich enough to “TOUCH THE ONE YOU LOVE,” which was almost everyone. Your “MIND IS THE MAGIC,” you were a genius; “THE MAN” with the Midas touch. No scandal can torpedo your legacy now; “THE SHOW MUST GO ON” for the King of Pop. The “THRILLER” may be gone, but the thrill will always remain…“CAN YOU FEEL IT?”

Michael you make me “SMILE” when I see your videos, when I hear your voice, your lyrics make me see “ANOTHER PART OF ME” and you make me believe that, as people, “WE ARE THE WORLD” and that “WE ARE HERE TO CHANGE THE WORLD.” You said that “PEOPLE MAKE THE WORLD GO ROUND” if only they could “COME TOGETHER.” You were “WORKING DAY AND NIGHT” to represent all this and I believe “THAT’S WHAT LOVE IS MADE OF.” I sing your songs to tell my “BEAUTIFUL  GIRL,” my daughter, “YOU ARE MY LIFE,” I mimic your words “TO MAKE MY FATHER PROUD,” I belt out your melody to let my mother know that “YOU’RE MY BEST FRIEND, MY LOVE,” I repeat your songs to tell my friends that “YOU CAN CRY ON MY SHOULDER”, I chant your lyrics so my sisters can know that “YOU ARE NOT ALONE” and they can “CALL ON ME” whenever and I use your vision to write to my fellow countrymen weekly that “WE’VE GOT A GOOD THING GOING” if we “DON’T WALK AWAY” from Nigeria.

“I CAN’T HELP IT” Michael but your “MUSIC AND ME” are a match made in heaven. Through your music your “LOVE IS HERE AND YOU ARE GONE.” Whenever I hear your songs “I HEAR A SYMPHONY,” then “IT’S THE FALLING IN LOVE” and ‘whoosh,’ “I’M IN LOVE AGAIN.” “I JUST CAN’T STOP LOVING YOU” on my CD player. Your songs “ROCK MY WORLD,” have a “SERIOUS EFFECT” on me, “GIVE ME HALF A CHANCE” to “XSCAPE” and “SAVE ME”from boredom especially when there’s “NOBODY HOME.” “I WANT YOU BACK” for “ONE MORE CHANCE” to sing again and despite your troubled life, “I LIKE THE WAY YOU ARE” and “I’LL BE THERE” to listen to your music for as long as I live…I only wish “HEAVEN CAN WAIT!”

“THIS IS IT,” I loved your music Michael, I remain your number one fan and I still believe in your ability to bring together people, cultures and kinds through it. I could walk more than “25 MILES” to celebrate your life and all your accomplishments and I know “I’LL COME HOME TO YOU” on my record player. You brought joy and entertainment to my life. Although I don’t “WANNA BE WHERE YOU ARE,” I still miss you. “MAYBE TOMORROW” or as “SOON AS I GET HOME,” I’ll put on your music and dance and when I “DON’T STOP TILL YOU GET ENOUGH,” I won’t blame it on you Michael; I’ll “BLAME IT ON THE BOOGIE.” …And “THE BEAT GOES ON;” Thank you. Peace to you brother…“FOR ALL TIME!”

Your Number One Fan, Hanney