The number of out of school children in Nigeria remains a major problem despite actions taken to curtail it. In this report, HENRY TYOHEMBA examines the development and the way forward. 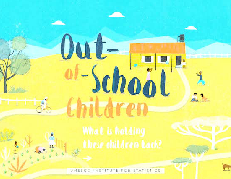 The alarming rate of out-of-school children in Nigeria, especially in the northern part of the country, has remained a major problem which needs urgent attention by the government and other stakeholders.

The results of the 2021 Multiple Indicator Cluster Survey (MICS) 6 released recently, has again raised concern over the menace. The report which was carried out last year by the National Bureau of Statistics (NBS) as part of the global MICS programme covered over 39, 632 households in Nigeria, with support from United Nations Children’s Fund (UNICEF).

The survey indicated that the highest out-of-school rates are found in Kebbi (65 per cent), Zamfara (61 per cent) and Bauchi (61 per cent) while the lowest rate in Ekiti (two per cent), and Imo (one per cent) respectively.

At the moment, Nigeria has the largest number of out-of-school children. A report by the United Nations Educational, Scientific and Cultural Organisation (UNESCO), in partnership with Global Education Monitoring Report, recently showed that the number of out-of-school children in Nigeria has risen to 20 million from about 12.5 million recorded last year.

Although the Minister of Education, Adamu Adamu, said the number of out-of-school children had dropped from 10.1 million to 6.9 million, most northern states continue to boast of enviable figures of children not going to school.

Adamu claimed that 3.247,590 million children, who were not in school, were enrolled within the space of a year and seven months, due to several activities undertaken by the Federal Ministry of Education, including the introduction of the Better Education Service Delivery For All (BESDA) targeted at reducing the figures of out-of-school children in the country seemed not to have reduced the figures.

But at a two-day media dialogue on MICS 6 results, in Port Harcourt, UNICEF’s Chief of Measurement for Results (M4R), Claes Johanson, noted that the share of children that are out-of-school in primary school was still 25 per cent.

“There is room for improvement, particularly in education. For the first time, we are looking at children actually learning but only 25 per cent at grade level in terms of reading and mathematics. More than that, one in every four children doesn’t even go to school.

“So, the number of out-of-school children is still one in four and that is the same as five years ago. Investments in the education system is the most important thing,” he said.

According to him, the figures indicated that Nigeria had not seen improvement in the number of out-of-school students in the past five years and should begin to improve in this area. He called on Kebbi State, which has 65 percent of the out-of- school numbers, to ramp up investment in education and also investment in the social protection system.

“There needs to be a comprehensive policy response from the state government, stating its intention to really invest in the education system and also in the social protection system that will provide more economic opportunities for the people of Nigeria.

“On out-of-school children we have not really seen any improvements. The share of children that are out-of- school in primary school is still 25 per cent. So, three out of four children are in school but only one in four children are learning at grade level and a lot of that has to do with population growth.

“There are a lot of investments in new schools, teachers education but it just barely keeps up with the population growth which is a huge challenge in the country. So, continuing education is the most important thing,” the UNICEF chief said.

Meanwhile, the Communication Specialist, UNICEF Nigeria, Dr. Geoffrey Njoku, said the 5.3 million students affected by the closure of 11,536 schools last year were responsible for the significant increase in the number of out-of-school children from about 15 million last year to 20 million at the moment.

He said: “As a precautionary measure, a total of 11,536 schools were closed for specific periods last year, with 5,330,631 students whose schooling was disrupted and learning severely impacted.

“When schools are attacked, children and parents begin to see them as places of danger. The damage is tremendous, making parents afraid to send their children to school and affecting the mental health of children. Those directly impacted are traumatised and are slow to recover from the shock of an attack on their school.”

Njoku stated that the media dialogue was organised to look into factors responsible for the poor indices specifically and why some lingering challenges still remained in some parts of the country.

He described political will as essential with marked resources to intervene with positive impact that would yield better results on the SDGs, while calling for more actions and better interventions to make significant difference in reducing the number of out-of-school children in states with prevalence.

“Good, we say that out-of-school is decreasing, but in absolute numbers we have a population growth that swallows up and minimises the results,” he said.