Despite Presidency’s Denial, Jonathan May Be Screened Today 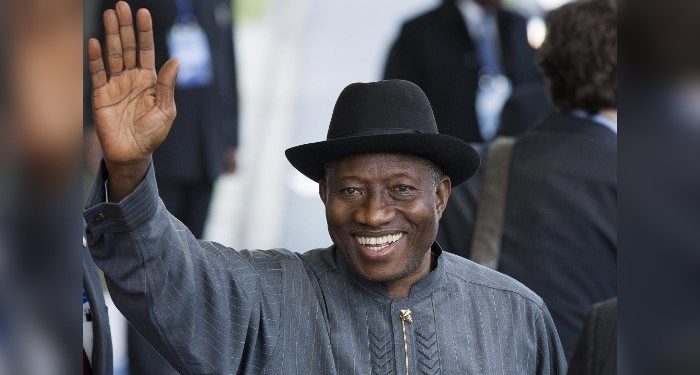 There are indications that former President Goodluck Jonathan may appear before the All Progressives Congress (APC) presidential screening committee for his screening today.

This is coming despite the denial by the presidency on Sunday that President Muhammadu Buhari was involved in the plot to draft Jonathan into the 2023 presidential race under the platform of the governing party.

The presidential screening committee yesterday commenced the screening of presidential aspirants seeking to clinch the party’s ticket ahead of the 2023 general election.

The screening exercise which was conducted in camera at the Transcorp Hhotel, Abuja, is billed to end today.

LEADERSHIP gathered yesterday that Jonathan who was in Milan, Italy, attending a high-level advisory board meeting of the European Corporate Council on Africa and the Middle East (ECAM Council) would proceed to the venue of the screening exercise on arrival for Italy today.

A source close to the former Nigerian leader told this paper last night that Jonathan was still in the contest for the APC presidential ticket and would be screened today.

The source who did not want his name in print noted that contrary to reports suggesting that the former president has pulled out of the race, Jonathan “was fully in the contest and President Buhari has not given up on him.

“He is returning today and I can assure you that barring any last minute change of plans he would be proceeding to the venue of the screening to be screened like other APC presidential aspirants,” the source added.

The source further hinted that “a major decision would be taken any moment from now, precisely as from tomorrow (Tuesday) involving the former president.”

It said that the president had taken measures to distance himself from the plot.

Quoting an impeccable source at the presidential villa, the media reports noted that instructions have consequently been given that there shall be no public release of photos of any meetings between the former president and Buhari at this time, as the president does not want such images to be used to confer any modicum of support to the plot to get Jonathan into the race.

In spite of the fact that Jonathan had earlier rejected the presidential nomination and expression of interest forms purchased for him by Fulani and Almajiri groups, his name has continued to be linked to the APC ticket, even as his membership in the party has become a subject of public discourse.

Some APC members, including a Northern governor, were however allegedly said to be behind the push to draft Jonathan into the ruling party’s presidential primary.

Also, the judgement of a Federal High Court in Yenagoa, Bayelsa State, which cleared him  to contest for another term I  office also fueled the speculations that he was in the race.