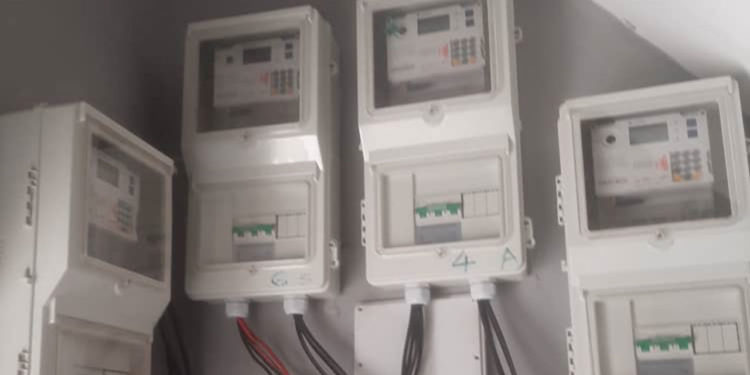 This is coming as the Nigerian Electricity Regulatory Commission (NERC) said it will begin the second phase (Phase One) of the National Mass Metering Programme (NMMP) in August 2022.

the managing director, EKEDC, Dr Tinuade Sanda, gave the assurance at a customer engagement forum organised by the electricity Distribution Company on Wednesday in Lagos.

The customers at the forum were drawn from various areas including Mushin, Itire, Odi-Olowu, Tejuosho, Yaba and Papa Ajao.

Represented by Mr Joseph Esenwa, the Chief Financial Officer, EKEDC, Sanda said the engagement was continuous and aimed at fostering the relationship between the DisCo and its esteemed customers.

It said 30 per cent of these customers have been found to either by-passed their meters or engaged in differed clandestine activities as non of them have made first recharge since their meters were installed therefore causing the company to lose enormous revenue.

Confirming this development spokesman of the DisCo Felix Ofulue, said 34,000 of such customers representing 30 per cent of the 111,703 customers already installed With prepaid meters are yet to make first recharge.

The NERC said it received bids from 45 local meter manufacturers to participate in the programme and was currently reviewing them.

Commissioner, Finance and Management Service, NERC, Mr Nathan Shatti, made this known at an interactive session with newsmen after the second Nigerian Electricity Supply Industry (NESI) meeting on Wednesday in Lagos.

The Phase Zero of the NMMP was flagged off on Oct. 30, 2020 with about 980,000 electricity customers installed with free prepaid meters under the first phase.

Shatti said the procurement process for the second phase started in early 2022, adding that NERC was currently reviewing the capacity of the manufacturers.

He said: “Our target is to install four million meters for customers. From our experience in phase zero, we want to make sure that the manufacturers can deliver before allocation is made.

“I am sure that we will be able to finish the assessment by the end of this month and it will be finalised by the Procurement Implementation Unit.

“We are hoping that before the end of August, we will begin to see meters from our local manufacturers going to the electricity Distribution Companies and then to end-user customers.”

The NMMP is aimed at meeting the target of closing the metering gap in the Nigerian Electricity Supply Industry.

It would assist in reducing collection losses, while at the same time, increasing financial flows to achieve 100 per cent market remittance obligation of the DisCos.

Part of the objectives also include the elimination of arbitrary estimated billing, improving network monitoring capability and provision of data for market administration and investment decision-making.