Documentation Of Migrants Not Targeted At Tribe, Countries – NIS 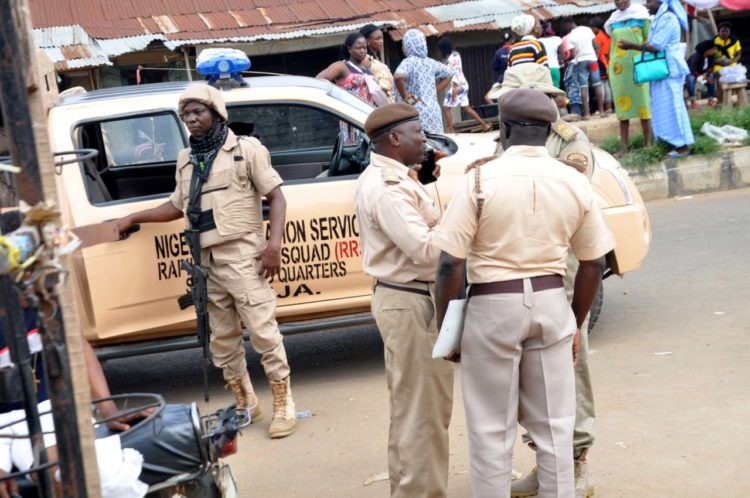 Operatives of the Nigerian Immigration Service (NIS) in Bayelsa State led by Comptroller Sunday James has said the five- special operation which led to the arrest of 644 illegal migrants in the state was not targeted at a particular tribe or country.

During the operation, 44 Nigeriens, 35 Togolese, 20 Beninese, six Ghanaians and one Malian were affected.

James, who briefed newsmen in his office in Yenagoa, the state capital, declared that the operations followed the Economic Community of West African States (ECOWAS) and United Nations protocols and rules of engagement as well as respect for human rights.

He said the operation led to the proper documentation of illegal migrants, while 89 expired travelled documents were renewed.

The NIS comptroller said the other illegal immigrants had been guaranteed by their home countries of quick documentations, adding that the “data base of the NIS is more robust from the operation.”

He commended Governor Douye Diri for his support and understanding that the operation was in the national interest and not targeted at any individual or tribe.

explained that the command had to meet with the leaders of the Hausa community in the state to explain the purpose of the operation and not targeted at Nigeriens.

James said the command embarked on the operation between 9th and 19th of September, 2022 and raided major areas identified by intelligence unit including Arittalin, Swali, Onopa, Azikoro, Okaka, Bayelsa Plam, Ogbogoro, Obele, Otiotio, Famgbe and others that have Bureau de Change.

He also expressed concern over the movement of other illegal migrants escaping to neighbouring states and called for similar exercise in those states to fish out those who escaped being screened in Bayelsa.