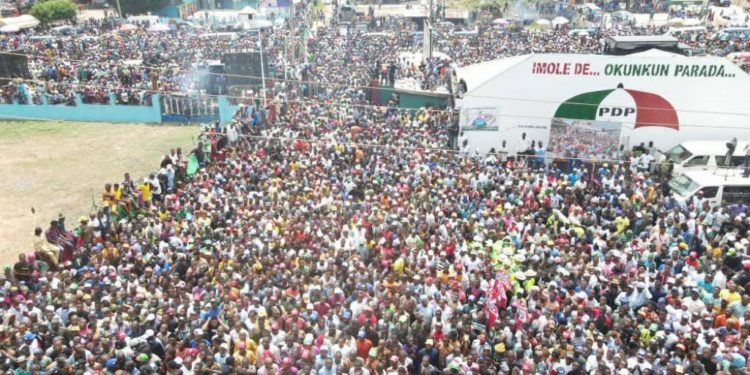 Today, 1.95 million registered voters will elect another governor for Osun one of the states that has an off-season election this year. Last month, the Ekiti election was held with many adjudging the exercise as credible. The incumbent governor, Gboyega Oyetola, of the ruling All Progressive Congress is seeking re-election. It’s going to be a three-horse race between the governor, Ademola Adeleke of the Peoples Democratic Party (PDP), and Hon Lasun Yusuf of the Labour Party.

One of the major problems plaguing previous elections in the country is the issue of voter apathy. For instance, only 360,753 people out of the total 988,923 registered voters came out to vote in the last Ekiti State Governorship election. This represents a meager 36.5 per cent voter turnout. Compared to the 2018 governorship election, voter turnout in the 2022 election dropped by 17.8 per cent.

In the Anambra governorship election in November, last year, only 10 percent of the registered voters in the state participated in the election. Of the 2,466,638 registered voters in Anambra as announced by the Independent National Electoral Commission (INEC), only 253,388 were accredited. In the end, there were only 253,388 votes cast, of which 8,108, were rejected.

We call on the 1.95 million registered voters in Osun to come out en masse to vote today in the election. The practice of the minority deciding for the majority is antithetical to democracy.

This newspaper also strongly condemns pockets of violence going on in some parts of Osun before the election. The labour party candidate alleged an attack by some gunmen in his residence in Ilobu, in Irepodun local government area of Osun State. The former legislator said the armed men shot randomly at his residence. However, Osun State Police Command said it had begun an investigation into the unfortunate attack on the residence of Lasun Yussuf.

It is gratifying to note that all the candidates in the Osun election have signed a peace accord and we call on them to adhere strictly to the terms of the agreement. Regrettably, the biggest elephant in the room is the issue of vote buying which has been a blot on the integrity of recent elections.

In the recent Ekiti election, all the major parties were openly involved in vote buying. Some party agents in Ekiti were also said to have been caught with bags of money with a book containing details of voters of certain voting areas at a private residence.

As we have previously canvassed on this page, vote buying is rampant because of the failure of the security agencies to arrest and prosecute vote traders. This has to stop. We, however, commend the efforts of INEC in sanitising the electoral process. The BVAS machine and electronic transfer of results have effectively eliminated ballot box snatching and indiscriminate thumb printing in the election process.

However, our politicians have devised new means to sabotage the electoral process by way of vote buying.

It is gratifying to note that the police and other security agencies, including the Nigeria Security and Civil Defence Corps, have declared war on vote-buyers and mapped out strategies to checkmate their activities in the Osun election.

We insist vote-buying must be stopped by all means. Pones must be banned from polling booths. Also, there should be a massive distance between the booths and other party agents. Most voters snap their ballot papers to show the party agents evidence they voted for them before collecting their money or in some cases, the voter from a distance shows the agents their ballot papers to signify they voted for them. This can be tackled by banning phones and isolating the polling booths.

Therefore, the electorate must be allowed to choose who governs them at all levels. Elections must not only be free, fair, and credible, they must be seen to reflect those qualities. That is the essence of democracy.