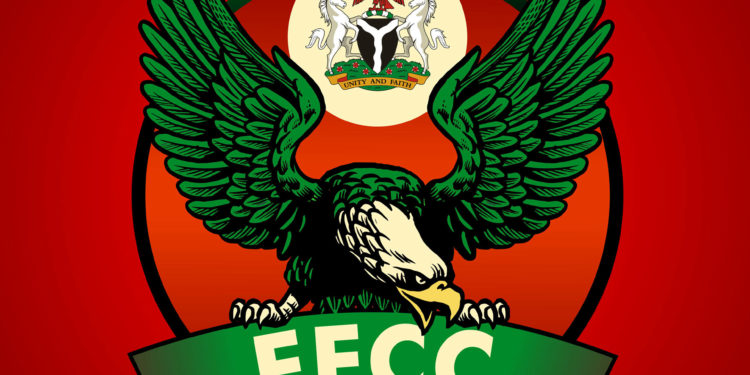 The Economic and Financial Crimes Commission (EFCC), has secured a court order to prosecute the Speaker of the Ondo State House of Assembly, Rt. Hon. David Oleyeloogun and some lawmakers for alleged fraud.

The EFCC counsel is seeking the prosecution of the lawmakers and one other person for an alleged fraud committed in 2019.

The other accused persons apart from Oleyeloogun, which the EFCC got an order to prosecute for alleged fraud, include Hon. Felemu Bankole, and a staff of the Ondo State House of Assembly, Mr. Olusegun Kayode.

The counsel to the accused, Dr Remi Olatubora, SAN, had asked the court to strike out the charges against trio over the failure of the EFCC to comply with the Practice Direction of the State Judiciary.

According to Olatubora, the Practice Direction of the State Judiciary made it compulsory for federal government agencies to get consent of the judiciary before they can prosecute in state courts.

But, in order to stop the charges against the lawmakers from being struck out by the court, the EFCC in its application sought the court’s permission to prosecute in conformity with the Practice Direction of the Judiciary.

The alleged fraud being prosecuted by the EFCC was said to have been committed in 2019, when the two lawmakers were supposed to have attended a two-day seminar organised by the National Productivity Centre, Lagos.

In the information filed by the EFCC, the lawmakers requested for fund to be released for four members of the Houss Committee on Tertiary Education to attend the seminar scheduled for Wednesday 11th and Thursday 12th December, 2019.

Those penciled down to attend the seminar included a former Clerk of the House, the Deputy Speaker, the chairman of the House Committee on Tertiary Education and two members of the committee.

According to the details in the document requesting for fund, “the seminar was aimed at institutional productivity, consciousness and excellence in service among workers and organisations in both public and private sectors, to accord workers and organizations the platform in achieving high productivity as well as giving impetus to the seminar in charting the pathway in revitalizing the Educational Sector.”

However, it was discovered that there was no such seminar organised, while the money released by the State Ministry of Finance amounting to N2.4million was alleged to have gone into private pockets.

The counsel to the EFCC, Dibang said the anti-graft agency ought to arraign the lawmakers and the civil servant in the court on Wednesday but needed the court’s permission which has now been obtained.

Justice Adebusuyi, who granted the order, asked the anti-graft agency to serve the lawmakers with fresh charges against them while he fixed the hearing for October 27, 2022.